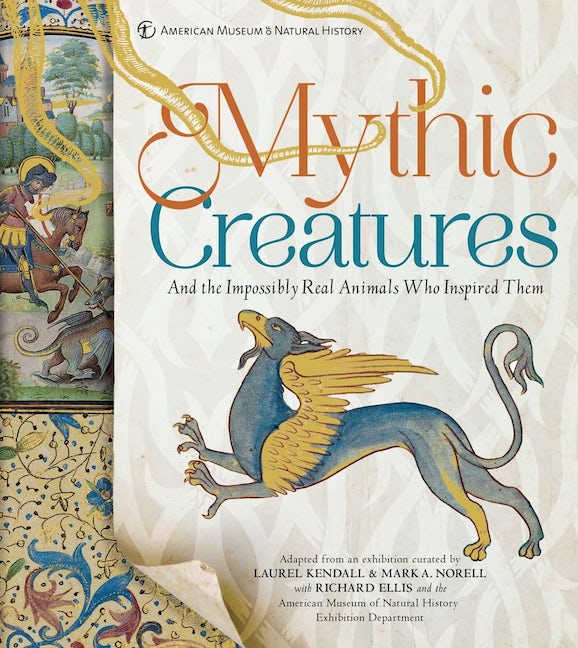 Adapted from the American Museum of Natural History exhibition Mythic Creatures: Dragons, Unicorns & Mermaids, this book explores an array of mythological creatures—and the real animals that inspired them. Lush photos showcase rare objects from around the world as well as models of mythical beasts like krakens and Rocs, along with fossils of actual extinct animals such as the six-foot-tall primate called Gigantopithecus and dinosaurs such as Protoceratops, which may have inspired the griffin. Also included are engravings, paintings, maps, and ephemera from the Middle Ages to modern times, all capturing the origins of legendary animals that continue to thrill, terrify, and enchant us.

The American Museum of Natural History is one of the world’s preeminent scientific, educational, and cultural institutions. Since its founding in 1869, the Museum has pursued its mission—to discover, interpret, and share information about human cultures, the natural world, and the universe—through a broad program of scientific research, education, and exhibition. Each year, millions of visitors experience the Museum’s 45 permanent exhibition halls, which include world-famous diorama halls and fossil halls as well as the Rose Center for Earth and Space and the Hayden Planetarium. The Museum’s scientific collections, only a tiny fraction of which are on view, contain more than 33 million specimens and artifacts. These collections are an invaluable resource for the Museum’s 200 scientists, for graduate students in the Museum’s Richard Gilder Graduate School—the only museum-based PhD-granting program in the Western Hemisphere—and for researchers around the world.

Dr. Laurel Kendall is the Curator and Chair of the Division of Anthropology at the American Museum of Natural History.

Dr. Mark A. Norell is the Macaulay Curator and Chair of the Division of Paleontology at the American Museum of Natural History