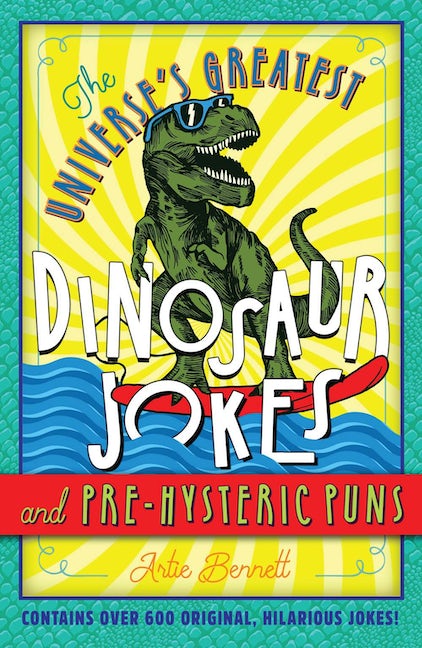 What does a Pteranodon get after flying too long?  PTIRED!
Young dinosaur fans will love these hilarious puns, knock-knocks, and one-liners about their favorite prehistoric beasts!

If there are two things every kid loves, it’s jokes and dinosaurs. So they’ll go crazy for this comic collection of gags and jests about dinosaurs and other prehistoric creatures. Loaded with wacky humor and funny business, this book is guaranteed to ignite sidesplitting laughter.

Artie Bennett is an executive copy editor by day and a writer by night. In praise of Artie’s books for children, The Huffington Post wrote, “It appears there is no topic Mr. Bennett can’t make funny and educational.” Artie is the author of four hilarious picture books: The Butt Book, which won the Reuben Award (Bloomsbury); Peter Panda Melts Down!; Belches, Burps, and Farts—Oh My!; and Poopendous! (all Blue Apple). In addition, he has written two joke books, The Universe’s Greatest Dinosaur Jokes and Pre-Hysteric Puns and The Universe’s Greatest School Jokes and Rip-Roaring Riddles (both Sterling). Artie and his wife, Leah, live in Brooklyn, NY. Learn more at ArtieBennett.com. 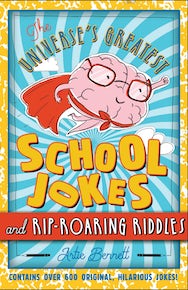