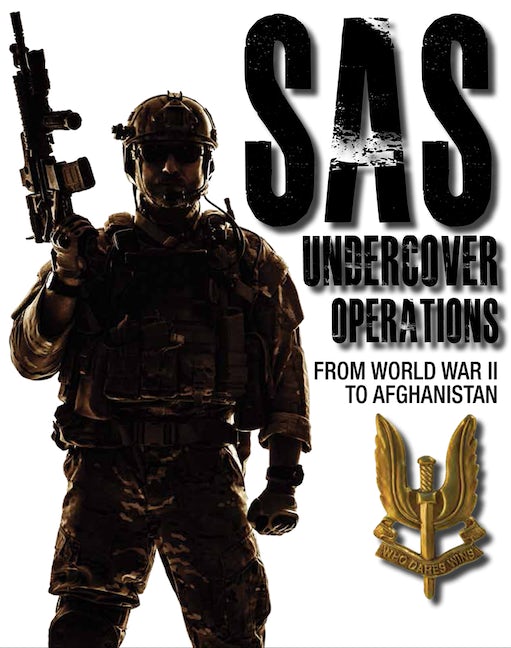 From World War II to Afghanistan

From World War II to Afghanistan

A comprehensive, highly illustrated history of the SAS in action from the deserts of North Africa in World War II to the war in Afghanistan.

SAS Undercover Operations charts every major combat action of “the Regiment,” from its creation through to its current deployment in the war against terrorism. The story begins with the SAS in North Africa in World War II, and then moves on to operations in the Mediterranean and northwest Europe. It traces the reformation of the SAS in the early 1950s, and its deployment in the counterinsurgency operations in Malaya and Borneo against communist guerrillas. From there, the book covers missions in Aden and Oman, before detailing the SAS’s responsibilities maintaining the security of the British Isles, the development of its innovative counterrevolutionary warfare capability, the regiment’s involvement in the 1982 Falklands conflict, the role the SAS played in hunting Iraqi Scud missiles in the 1991 Gulf War, and its actions after Sept 11, 2001. Rarely seen photographs and specially commissioned color art capture key battles in the unit’s history.

Mike Ryan's two books, Baghdad or Bust and Special Operations in Iraq, are among the most reliable accounts of the Iraq War. He lives in London, England.