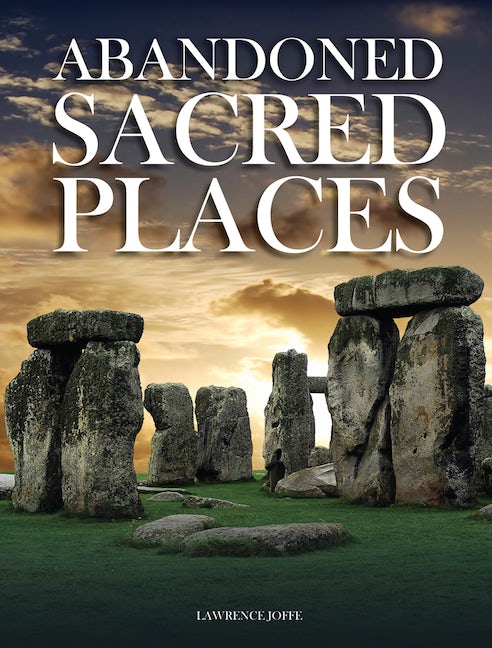 From Roman temples to Buddhist shrines in the Chinese desert, these hallowed halls have been abandoned to nature. More than 200 outstanding images show what happens to sacred places when humanity retreats.

What happens when the congregation moves away from its place of worship? Or when shifting borders or persecution mean that people can no longer reach their church, synagogue, or mosque? Through magnificent, sometimes haunting images, Abandoned Sacred Places explores more than 100 lost worlds, including ancient and modern temples, synagogues, churches, mosques, and stone circles. Organized geographically, this unforgettable volume wanders from Stonehenge in England and Carnac in France to crumbling inner-city churches and synagogues in present-day Detroit and Chicago, from Mayan pyramids in Mexico to Hindu temples lost in the Indian jungle.

Lawrence Joffe is a graduate in politics, philosophy, and economics from Oxford University. He then took a postgraduate degree in journalism from City University in London and has written for the Guardian, the Independent, Jewish Chronicle, and Middle East, among others. Lawrence has edited numerous books, lectured on history and religion, and in the past has appeared as a commentator on BBC, Channel 4, and ITV. His own books include Keesings Guide to the Middle East and An Illustrated History of the Jewish People.