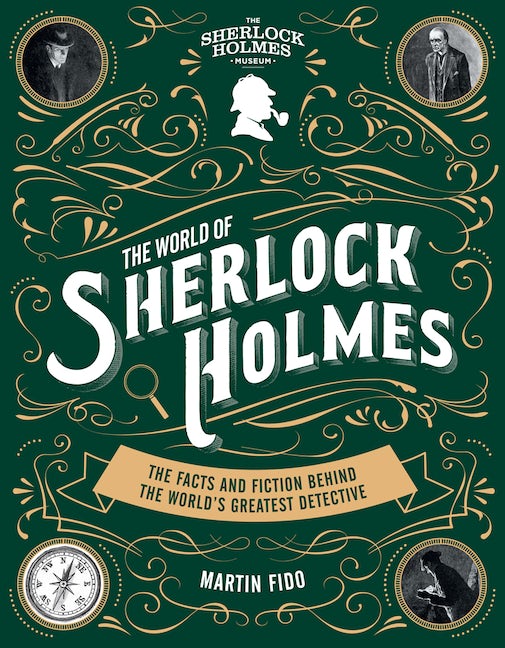 The World of Sherlock Holmes

The Facts and Fiction Behind the World's Greatest Detective

The World of Sherlock Holmes

The Facts and Fiction Behind the World's Greatest Detective

Enter the world of Sherlock Holmes, history’s most beloved detective, and explore the reality behind the myth.

The World of Sherlock Holmes delves into the fictional detective's storied history to uncover the myths and reality of the era when Holmes emerged—a time of great advances in crime analysis, medicine, and technology, when Scotland Yard was the king of criminal detection. Along with background on Holmes’s origin, fans can explore the various portrayals of the deerstalker detective through the years, concluding with BBC’s Sherlock;Elementary, which controversially cast a female Watson; and the action-packed Sherlock Holmes films directed by Guy Ritchie.

Martin Fido taught English at the Universities of Leeds and the West Indies, and was a visiting professor at Michigan State University. He is a true crime writer and broadcaster whose books include The Crimes, Detection and Death of Jack the Ripper (Weidenfeld & Nicolson), The Official Encyclopedia of Scotland Yard (Virgin Publishing), The Chronicle of Crime (Sevenoaks), and The Murder Guide to London (Academy Chicago Publishers). He has also written illustrated biographies of Charles Dickens, William Shakespeare, and Oscar Wilde, and a book on Agatha Christie.