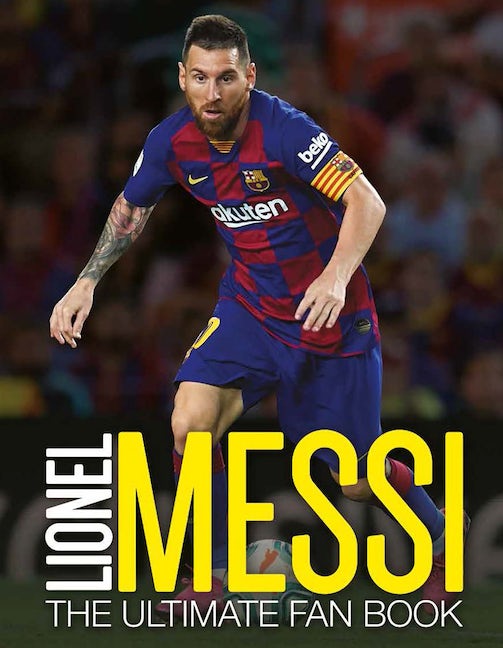 Fully revised and updated to include the Copa America 2019 and his 10th La Liga title in June 2019, Lionel Messi: The Ultimate Fan Book celebrates La Pulga Atomica’s (The Atomic Flea’s) greatest moments and most famousgoals.

Thanks to his sublime skill, mesmerizing vision, and incredible goal scoring, Lionel Messi is widely regarded as the world’s greatest soccer player—perhaps the greatest of all time. This lavishly illustrated look at Messi reveals everything a fan could want to know about the Barcelona megastar. The book charts Messi’s astonishing career, exploring his early years in Argentina through to becoming a four-time Champions League winner and five-time FIFA World Player of the Year, to say nothing of countless domestic awards and trophies. Readers will gain special insight into how he became the world’s greatest soccer player.

Mike Perez joined the Press Association in 2000 and spent six years working on the International Sports desk, covering a range of sports. In 2006, he became PA’s Spanish sports correspondent. He continues to travel the world reporting on the biggest events in sports.