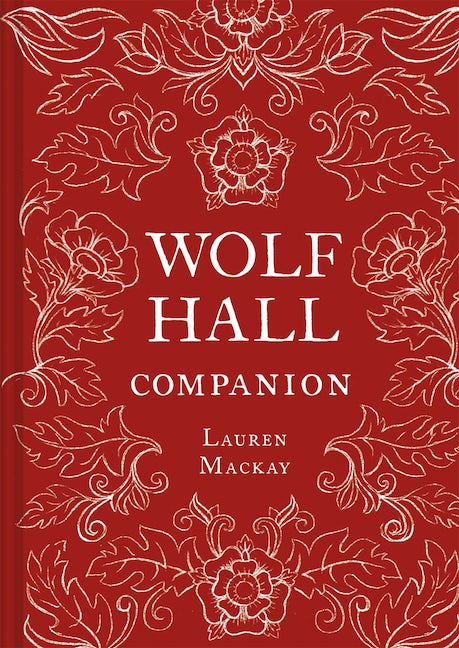 An accessible but hugely authoritative companion to the bestselling Wolf Hall trilogy by Hilary Mantel.

What is the true story behind the blockbuster Wolf Hall trilogy—and of Thomas Cromwell, its principal protagonist? This companion guide concisely illuminates both Cromwell’s life and Tudor history, covering the books’ key court and political characters. It looks at everyone from Cromwell to Anne Boleyn, Thomas Cranmer to Jane Seymour, Henry VIII to Thomas Howard, and Cardinal Wolsey to Richard Fox, as well as the most significant sites, including Hampton Court, Cromwell's home Austin Friars, and of course Wolf Hall. Along with the full history of these people and places, there’s insight into Hilary Mantel's individual interpretation. Family trees, plans of Tower of London, and beautiful woodcut portraits accompany the text, along with incisive features on various aspects of Tudor society, from the structure of government and royal hunting to the rules of courtly love and Tudor executions. This beautiful and insightful book enriches the reading of Mantel’s work.

Dr. Lauren Mackay is an historian of Early Modern Europe, specializing in Tudor history. Originally from Sydney, Australia, Lauren spent over five years researching the life of Imperial Ambassador, Eustace Chapuys, who for 18 years was the most important source of the Tudor period, resulting in her debut book, Inside the Tudor Court: Henry VIII and his Six Wives through the eyes of the Spanish Ambassador. Her second book, Among The Wolves of Court: the Untold Story of Thomas and George Boleyn, is the first scholarly biography of Thomas and George Boleyn. She is a regular contributor to BBC History and a lively and engaging voice on history. She has a passion for the Wolf Hall trilogy and brings her in depth historical knowledge to this book.