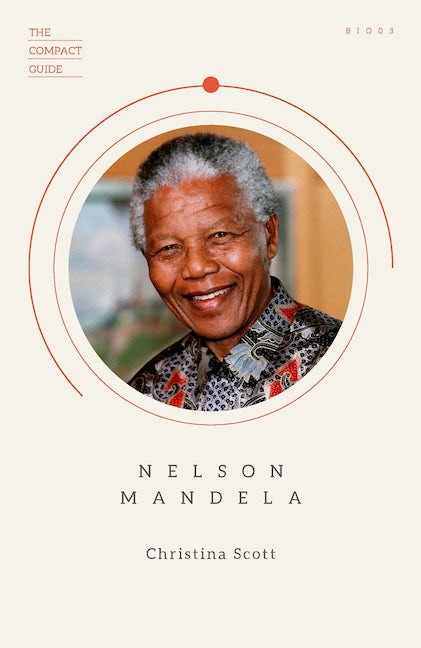 The gripping story of iconic statesmen and activist Nelson Mandela, now told in this succinct, condensed book that’s perfect for a wide audience.

Nelson Mandela is perhaps the most iconic statesman and activist in history, and this is the definitive introduction to his work. It starts from the very beginning of Mandela’s life in the Thembu clan, and follows the unassuming young man as he became the world-famous figure who led the people of South Africa away from apartheid and into a multiracial democracy. Mandela spent 27 years in prison; his eventual release and election as South Africa’s first black president were landmark events of the twentieth century. He will always be the face of freedom, an ambassador for civil rights, and a heroic liberator whose influence and image of moral integrity extended way beyond his homeland.

Christina Scott was an award-winning journalist for radio, television, print, and the Internet. She first went to South Africa at a time when it seemed that Nelson Mandela was never going to get out of jail. Just after she arrived, martial law was imposed. While covering the mayhem in the townships, the police tried to kick Scott out, calling her a security risk, but she stayed, enduring death threats, arrests, and assaults. Scott covered the day that Mandela was released from jail and his first visit to some of the most war-torn parts of the country. She also produced Mandela’s first-ever radio talk show.