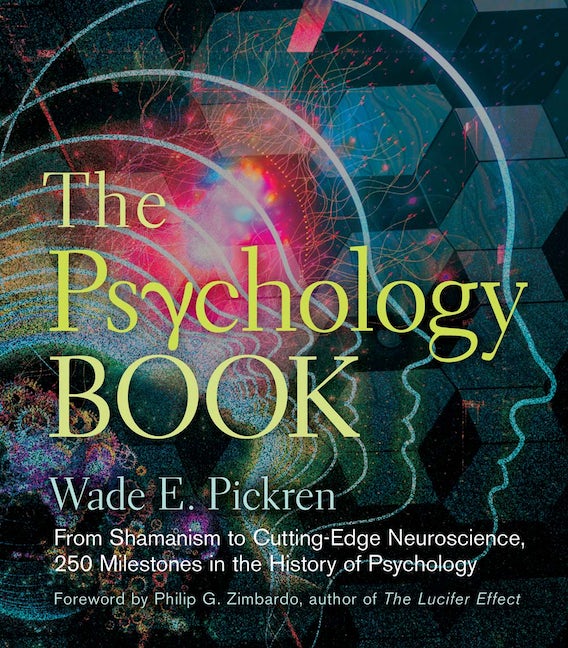 From Shamanism to Cutting-Edge Neuroscience, 250 Milestones in the History of Psychology

From Shamanism to Cutting-Edge Neuroscience, 250 Milestones in the History of Psychology

What could be more fascinating than the workings of the human mind? This stunningly illustrated survey in Sterling's Milestones series chronicles the history of psychology through 250 landmark events, theories, publications, experiments, and discoveries. Beginning with ancient philosophies of well-being, it touches on such controversial topics as phrenology, sexual taboos, electroshock therapy, multiple personality disorder, and the nature of evil.

"Profusely and beautifully illustrated throughout . . . enhanced with the inclusion of extensive notes and recommendations for further reading and a comprehensive index, making it an ideal and highly recommended addition to personal, professional, community, and academic library . . .  reference collections." —Midwest Book Review: Library Bookwatch
-

Wade E. Pickren received his PhD in Psychology and the History of Science from the University of Florida. Currently, he is Director of the Center for Faculty Excellence at Ithaca College and the Editor of History of Psychology. Pickren served as the Historian of the American Psychological Association from 1998 to 2012 and recently completed a term as President of the Society for General Psychology. Additionally, he served as the Editor-in-Chief of the Wiley-Blackwell Encyclopedia of the History of Psychology and President of the Society for the History of Psychology. He works with an extensive international network of psychologists, and his professional affiliations include the New York Academy of Science, Cheiron: International Society for the History of the Social and Behavioral Sciences, the Eastern Psychological Association, and the Association for Psychological Science.
Philip Zimbardo is one of the most distinguished living psychologists, having served as President of the American Psychological Association, designed and narrated the award winning 26-part PBS series, Discovering Psychology, and published more than 50 books and 400 articles and chapters, including Shyness (Addison Wesley), The Lucifer Effect (Random House), The Time Cure (Simon & Schuster), and The Time Paradox (Jossey-Bass). A professor emeritus at Stanford University, he received his PhD in psychology from Yale University and is best known for his controversial Stanford Prison Experiment that highlighted the ease with which college students cross the line between good and evil when caught up in the matrix of situational and systemic forces. Dr. Zimbardo is currently teaching in the PsyD consortium program at Palo Alto University and lecturing worldwide. 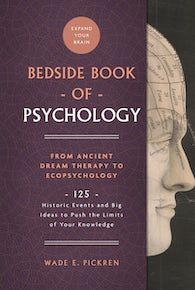 The Bedside Book of Psychology