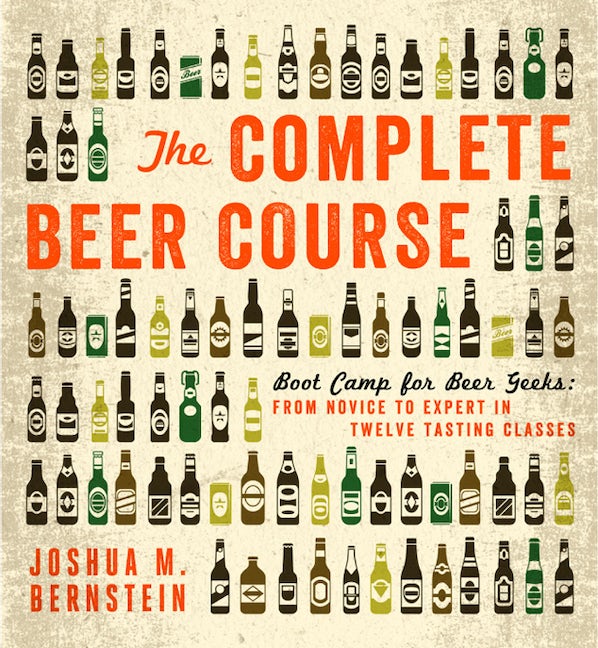 Boot Camp for Beer Geeks: From Novice to Expert in Twelve Tasting Classes

Boot Camp for Beer Geeks: From Novice to Expert in Twelve Tasting Classes

“A wide-ranging volume that is sure to appeal to beer enthusiasts and casual consumers alike. Highly recommended.” —Library Journal (STARRED REVIEW)

Go on a fun, flavorful tour through the world of craft brews with one of the most unique and fascinating voices in beer today.

It's a great time to be a beer drinker, but also the most confusing, thanks to the dizzying array of available draft beers. Expert Joshua Bernstein comes to the rescue with The Complete Beer Course, demystifying the sudsy stuff and breaking down the elements that make a beer's flavor spin into distinctively different and delicious directions. Structured around a series of easy-to-follow classes, his course hops from lagers and pilsners to hazy wheat beers, Belgian-style abbey and Trappist ales, aromatic pale ales and bitter IPAs, roasty stouts, barrel-aged brews, belly-warming barley wines, and mouth-puckering sour ales. There is even a class on international beer styles and another on pairing beer with food and starting your own beer cellar. Through suggested, targeted tastings, you'll learn when to drink down-and when to dump those suds down a drain.

"It might be the best craft-beer book of 2013. But it is also, more important, both the product of a beer-centric age and a solution to its challenges—and, if we're lucky, an indication that beer writing is evolving to suit the needs of a broader audience." —Washington Post
". . . covers a variety of beer-related topics, including a nice breakdown on specific hops, terms glossary, a list of brew weeks by state and more.” —Cleveland Plain Dealer
"Structured as a 12-part course spanning the world of beers, this tome is terrifically comprehensive. Brooklyn-based beer expert and journalist Bernstein (brewed awakening: behind the beers and brewers leading the world's craft brewing revolution) shares his immense appreciation for a remarkable variety of beers. The result is appealingly chatty writing that, while definitely reading as a progression through what the author calls a 'boot camp,' is also encyclopedic in nature. Readers may be familiar with common styles such as ales and lagers but are likely to emerge keen to seek out less well-known tipples such as milk stout or gose (a salty, German style). The chapters are balanced between a focus on more typical representations of styles and niche varieties, and Bernstein suggests many favorites for the reader to taste while reading. Spotlights on particular breweries and beers and lavish illustrations make this book as enjoyable to flip through randomly as to read from start to finish. Verdict a wide-ranging volume that is sure to appeal to beer enthusiasts and casual consumers alike. Highly recommended for public libraries and collections with a focus on food and beverages." —Library Journal (STARRED REVIEW)

"Josh Bernstein has written a book that will take the reader from ‘beer novice’ to ‘intrepid and informed explorer’ in no time flat. If you've ever looked at the vast array of beers out there and asked yourself ‘what is all this stuff, where does it come from, and what does it taste like?’, then The Complete Beer Course is the book that will throw open the doors and introduce you to a bigger, tastier world." –Garrett Oliver, brewmaster of The Brooklyn Brewery and Editor-in-Chief of The Oxford Companion to Beer

“Here's a book you'll want to have a beer with. No, here's a book you'll want to have many beers with.  Joshua Bernstein has done something nearly impossible. He has written a book that is equally valuable and interesting to experienced brewers as it is to the neophyte beer drinker who is eager to learn. The Complete Beer Course belongs in the library of every beer lover, home brewer, and professional brewer. Cheers to Joshua!”—Jim Koch, Founder and Brewer, The Boston Beer Company - brewer of Samuel Adams

“All beer is good. Figuring out which ones you want to spend the most time with just got easier with Joshua Bernstein’s romp through beer history, styles, and thirst-provoking stories.” –Charlie Papazian, author of The Complete Joy of Homebrewing

“When I decided to write about beer professionally 25 years ago, there was no book like The Complete Beer Course. Luckily, Joshua Bernstein has indentified this gap in beery knowledge and sought to fill it, to the benefit of future beer aficionados everywhere. Whether your goal is to become a beer writer or just more thoroughly enjoy your ales and lagers, The Complete Beer Course will set you on the right track!”—Stephen Beaumont, coauthor of The World Atlas of Beer and The Pocket Beer Guide (both with Tim Webb)

“Boot camp for beer drinkers? Yes. (Minus the early morning hours and whistle-blowing drill sergeant.) Bernstein’s lively prose and command of the terrain will transform the greenest novice into a savvy beer connoisseur.”—Maureen Ogle, author of Ambitious Brew: The Story of American Beer

Joshua M. Bernstein's first book, Brewed Awakening, was published by Sterling Epicure in 2011. Josh is a beer journalist and critic who has written for New York, Time Out New York, Travel+Leisure.com, Forbes Traveler, New York Times, and Gourmet.com, where he was the beer columnist. He is a contributing writer to the drinks magazine Imbibe, where he writes feature articles on craft beer. As a beer expert, he's been featured on NPR's Marketplace and Beer Sessions Radio. He lives in Brooklyn, NY. 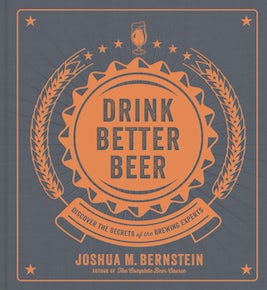 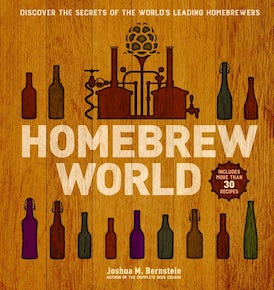