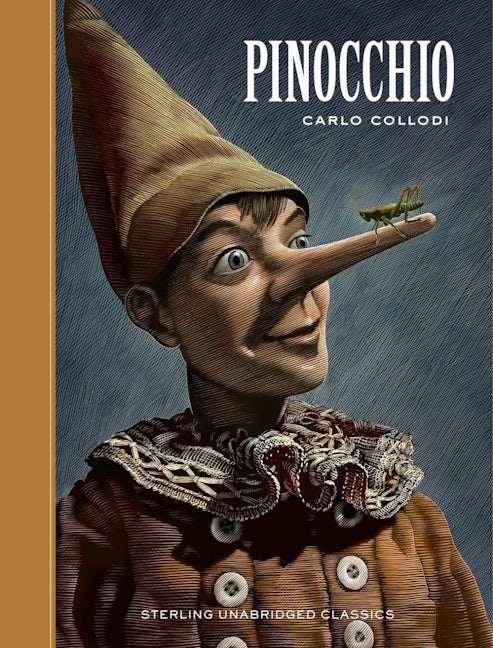 Pinocchio, in Carlo Collodi's original version, is an adventure-filled, menacing fairy tale with a moral. Made by the woodcarver Geppetto, the puppet Pinocchio dreams of becoming a real child. But his unrestrained curiosity, dishonesty, and selfishness put him in constant peril. As he journeys from the deceptive “Field of Miracles,” where he plants gold coins to make them grow, to the land where lazy boys turn into donkeys, Pinocchio's path is paved with mistakes, willfulness, and danger.
And all the while his nose keeps growing bigger and bigger and bigger every time he tells a fib, so all the world can see what a liar he is . . .

Carlo Collodi, the pen name of Italian writer Carlo Lorenzini (November 24, 1826-October 26, 1890), was an Italian childrens writer known for the world-renowned fairy tale novel, The Adventures of Pinocchio.
Dr. Arthur Pober has spent more than 20 years in the fields of early childhood and gifted education. He is the former principal of one of the worlds oldest laboratory schools for gifted youngsters, Hunter College Elementary School, and former Director of Magnet Schools for the Gifted and Talented in New York City. Arthur is currently the US representative to the European Institute for the Media and European Advertising Standards Alliance. He lives in New York, NY.
Scott McKowen has created award-winning posters and graphics for theater companies across Canada and the United States—including on Broadway. His work has been exhibited in art galleries on both sides of the border, and in 2002 he curated an exhibition of theater posters from around the world that appeared in Stratford, Ontario, and Ottawa and at the Design Exchange in Toronto. Scott was also commissioned by the Royal Canadian Mint to design Canadas 2001 silver dollar. He lives in Stratford, Ontario. 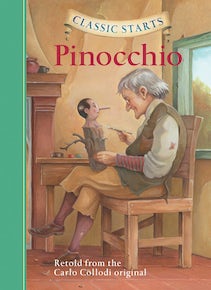