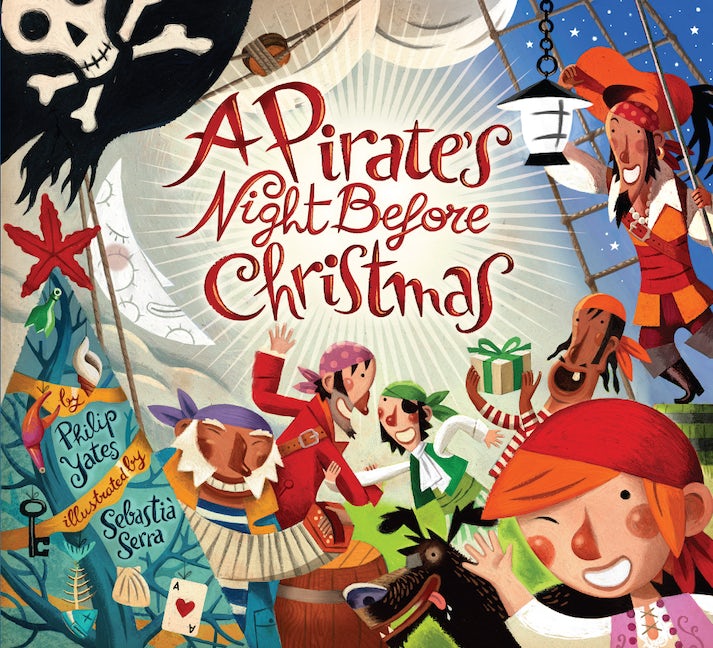 'Twas the night before Christmas aboard the Black Sark,
Not a creature was stirrin', not even a shark!
Come aboard, young mateys, for a humorous, colorful, and thoroughly piratical retelling of "The Night Before Christmas!" On a ship of mischievous brigands—who have visions of treasure chests, not sugar plums, dancing in their heads—you wouldn't expect a visit from jolly St. Nick. Instead, here comes Sir Peggedy, with his peg leg and hook arm, cracking his whip and driving eight giant seahorses: Salty, Scurvy, Sinbad, Mollie, Cutthroat, Cross-Eyes, Roger, and Jolly. But even buccaneers can catch the holiday spirit …
Philip Yates's rollicking rhymes and Sebastiá Serra's sprightly, fun-filled pictures turn Clement C. Moore's Christmas perennial into a jubilant celebration.

Praise for A Pirate's Night Before Christmas:
“Perfect fun, a treasure in every way.” —Children's Literature
“This is a belly laugh of a book for young buccaneers.” —Associated Press
“The robust verse sails along with gusto . . . ” —The Horn Book Magazine
“[A] pitch-perfect parody . . . the expertly rhymed text is packed full of pirate jargon . . . that beg[s] to be read aloud in rousing fashion.” —Kirkus Reviews
-

Philip Yates lives in Austin, TX, and works in the Austin Public Library system. A Pirate's Night Before Christmas was his first picture book. It was so successful he created a sequel, A Pirate's Twelve Days of Christmas, which received praise from the Horn Book (“The pirate lingo and raucously detailed color-rich illustrations add seafaring flair to this holiday standard”) and Kirkus Reviews (“Avast, me hearties! Here be another bonny piratical parody ready for the readin' to the young'uns at the Christmas season.”)
Sebastiá Serra hails from Barcelona, Spain, where he studied Fine Arts at the Universitat de Barcelona. He is an award-winning illustrator whose work has appeared in magazines and on television. He has illustrated a number of picture books in Spain and in the US (including A Pirate's Twelve Days of Christmas by Philip Yates). His work has also been displayed in exhibitions all over the world, spanning countries such as the US, Italy, Japan, China, and Korea. 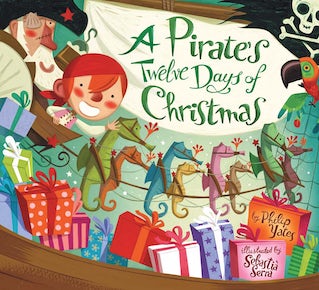