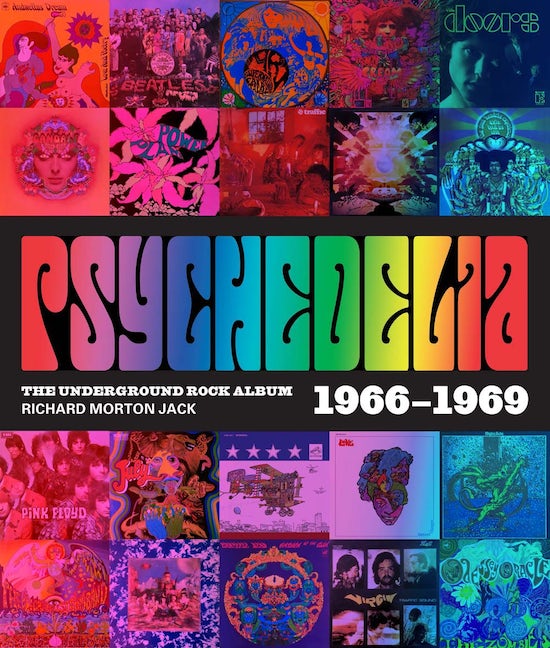 The most colorful, detailed, and authoritative guide to the psychedelic albums of the 1960s ever published.
As the 1960s progressed, a socially conscious counterculture emerged—one defined by rock and roll. Artists began to explore trippy new sounds, musicianship reached unsurpassable levels, and for a brief, glorious moment, audiences embraced the genuinely experimental. Never before or since were so many classic albums made in such a short time. From Cream’s Disraeli Gears to the Zombies’ OdesseyandOracle, Psychedelia examines 101 of the era’s most groundbreaking records. Contemporary reviews, rare photographs, new interviews, and a plethora of iconic images and reproductions of cover artwork make this a treasure no music fan should be without.

Richard Morton Jack is a regular contributor to music magazines including MOJO, Q, and Record Collector. He founded the specialist reissue label Sunbeam and is the editor of Flashback Magazine. His previous work includes editing a new edition of The Tapestry of Delights, a comprehensive book on ’60s and ’70s British rock and pop, and he is dangerously close to buying his 3,000th LP. He lives in London.