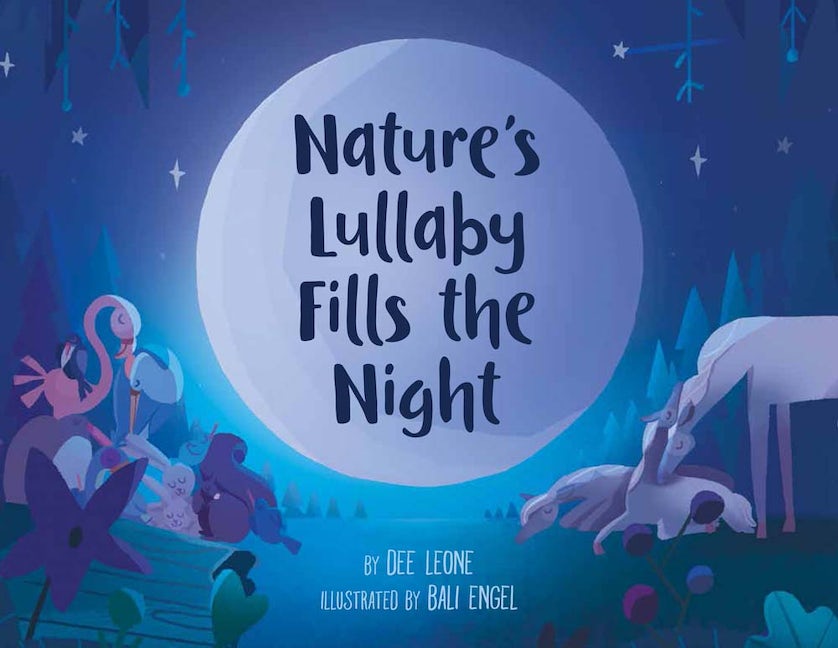 Night falls, and the world sings a lullaby in this beautifully imagined picture book. The lush illustrations and gentle, rhyming text will lull young readers to sleep.
Shh—listen. Can you hear the quiet, loving sounds of the nighttime world? From moths fluttering their powdery wings, to a nightingale’s sweet trills, to swaying willow trees softly shushing, shushing everyone to sleep, this rhythmic, rhyming lullaby will soothe and calm little ones. The tender, nature-filled bedtime scenes sweep across land, sky, and sea, with animal parents everywhere tucking in their children. A final scene featuring a mother and her baby brings the whole story back home.

“A new addition to the canon of bedtime stories focusing on nature. Leone’s rhyming text and Engel’s stylized digital illustrations present an array of habitats, all encased in the soothing dark colors of the night. The mood is peaceful and drowsy as readers venture into a variety of nightscapes. First, the book explores the world of nocturnal insects—moths, spiders, and crickets, surrounded by grasses and leaves. Birds in the trees and the water, sea animals, and more familiar farm and forest animals are also shown as families with their young settling down. Plant petals ‘curl up gently for the night’ and a sprinkling of seeds are described as ‘drifting wanderers, white as snow,’ that ‘parachute where dreams can grow.’ The rhyming text is comforting and descriptive. . . . Each section closes with a repeat of ‘Nature’s lullaby fills the night,’ adding to the soothing idea that the whole world is drifting off to sleep, including the baby being embraced by his mother on the final page. VERDICT An appealing addition to an already crowded genre. It would be a good choice for those seeking a bedtime book that also cultivates an appreciation for nature and the many different types of creatures that inhabit the night.” —School Library Journal
-

Dee Leone is the author of Bizz and Buzz Make Honey Buns (Grosset & Dunlap) and Dough Knights and Dragons (Sterling). Many of her stories, poems, plays, and activity puzzles have appeared in children's magazines. Dee taught at the elementary level in several states and was also a gifted-program aide. Dee lives with her husband and two daughters in San Diego.

Bali Engel is an illustrator and director at Bat Collective, a studio she cofounded with her husband. She lives in London. 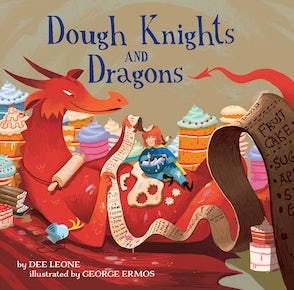