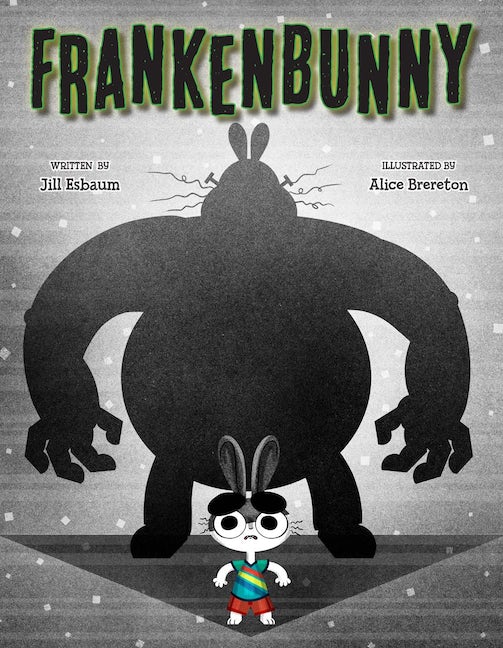 “You know monsters aren’t real, right?”
Brave is easy in the sunshine. Brave is easy near Papa. But can Spencer the Bunny learn to be brave ALL the time—even when his big brothers try their best to scare him?

Spencer the Bunny’s big brothers ALWAYS frighten him with scary monster stories. And the most terrifying beast of all is Frankenbunny, with his crusty fangs, flashing red eyes, and ginormous paws. But when Spencer discovers that his brothers made the whole thing up, he hatches a plan to turn the tables on them and conquer his own fears . . . forever.

Any child who has ever worried about a monster in the closet or felt scared in the dark will love this humorous story about learning to be brave.

“To the certain delight of all younger sibs everywhere, Spencer exacts sweet revenge on his big brothers Leonard and Bertram after he discovers that they are just playing a prank with their terrifying warnings about a red-eyed closet monster with ‘crusty fangs’ and ‘ginormous claws.’ Neither parental reassurances nor Spencer’s own conviction that monster’s aren’t real stand up under the pressure (‘Brave is hard in the dark)—but, coming upon his tormentors’ written plan one day when they’re out, he secretly assembles a monster of his own from found materials, waits until they’re asleep that night, and bursts out of their bedroom closet with a roar. The result is all he (and readers) could hope for. Brereton sets the lurid climax up nicely by placing her family of bunnified humans in domestic surroundings that, even in broad daylight, have an ominous, shadowy cast. Magnanimous in victory, Spencer resolves to reassure his trembling brothers that monsters aren’t real: 'First thing in the morning.' Bwa ha ha.” —Booklist
-

Jill Esbaum is the award-winning author of many picture books, including I Am Cow, Hear Me Moo! and I Hatched! (both Penguin). She also enjoys writing a variety of nonfiction books for National Geographic Kids, including the popular Angry Birds Playground series. Jill has also written many popular Sterling titles, including Teeny Tiny Toady, Elwood Bigfoot, and If a T. Rex Crashes Your Birthday Party. Jill lives in Dixon, IA. Learn more at jillesbaum.com and picturebookbuilders.com.

Alice Brereton grew up in Minneapolis, MN, and is absurdly proud of that fact. Her artwork is colorful, textured, shape oriented, and always strives to be quirky or “smile inducing.” Alice has won many awards from her school, the Academy of Art University, and was an Adobe Design Achievement Awards Semifinalist in 2011 and 2013. She keeps them in a nice humble pile next to her collection of dinosaur and donkey figurines.

When Alice was 9 her imaginary friend was a gigantic Tyrannosaurus that she liked to imagine eating her best friends. Her favorite food is “pickled anything,” and if she were not an illustrator Alice would be at the bottom of a sea in a submarine discovering new kinds of sea life and naming them ridiculous names . . . one day the “Tooty-McFlippery-Banana Butt” will be found! 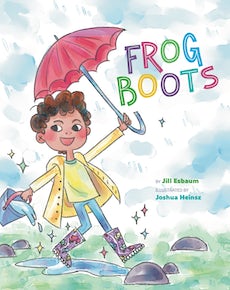 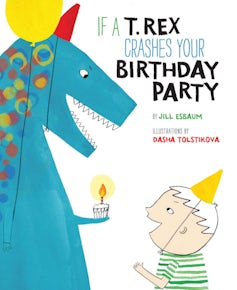 If a T. Rex Crashes Your Birthday Party 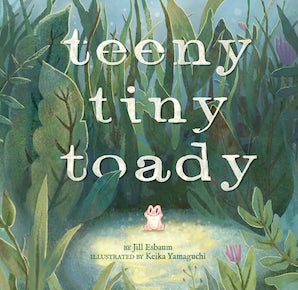 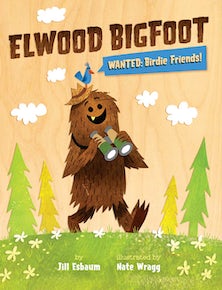