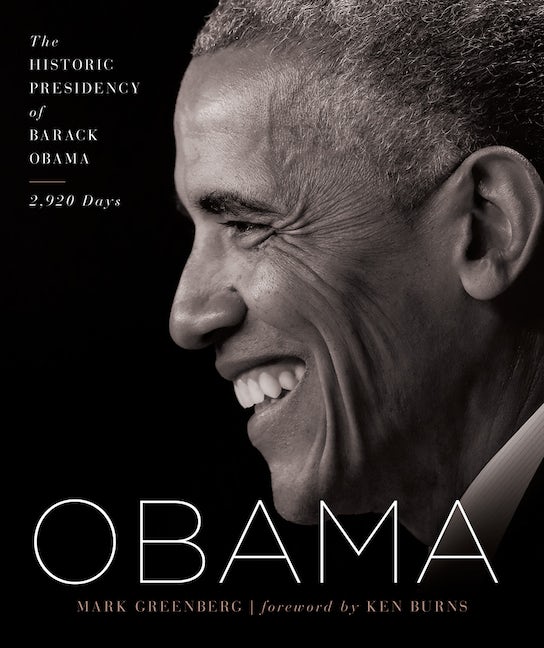 A vibrant celebration of President Obama, this perfect commemorative book provides a valuable record of his historical presidency.

In January 2017, Barack Obama concluded two terms of his historic presidency. Through stunning images by White House photographers and beyond, as well as notable essays and quotes from a broad spectrum of people, Obama looks back at President Obama’s journey—from his remarkable victory to his final days in office and the significant milestones along the way.
Obama features rare and unseen photographs, along with iconic images and newspaper front pages from the president’s 2,920 days in office. It includes dramatic pictures, including the iconic shot from the situation room as the president and his staff watched the live unfolding of the bin Laden raid; day-to-day images of Obama in his roles as a world leader, policy maker, commander in chief, and father; lighthearted photos from the White House Correspondents’ Dinner; late-night television appearances; and moments with the entire Obama family.
Included are excerpts from seven historic speeches and contributions from notable historians, community leaders, journalists, academics and business leaders—including Sir Richard Branson, Laurie Garrett, Tweed Roosevelt, Anastasia Somoza and others whose lives have been touched by Obama’s actions and initiatives. Obama is truly a keepsake memento of a beloved president.

Writer David Tait is a successful ghostwriter and columnist who spent most of his career in commercial aviation. In 2001 he was awarded an OBE by Queen Elizabeth II for his role in building Virgin Atlantic Airways from scratch with Richard Branson