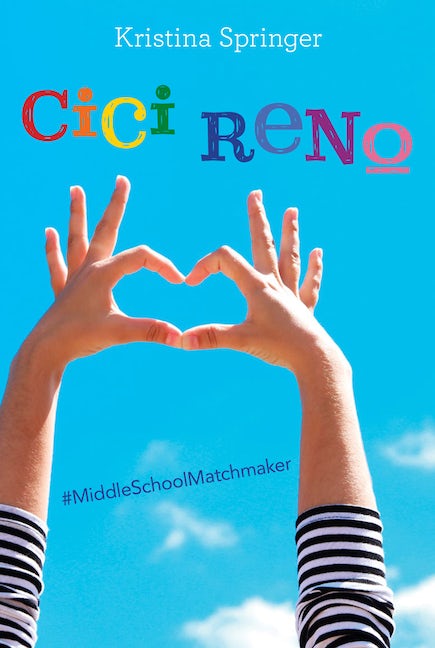 “This clever twist on Cyrano de Bergerac will win over the hearts of middle schoolers, particularly those feeling shy or awkward themselves, as well as reluctant readers.” —Booklist

What happens when the girl who knows everything... suddenly doesn’t? Middle school is a test, but Cici Reno has all the answers. She's the go-to girl for advice. She's cool, she's funny, and she's enlightened (thanks to yoga classes at her mom's studio). So when her pretty BFF, Aggie, is too shy to speak to the boy she's crushing on, Cici comes up with a plan. She'll create a false twitter account and DM with Drew on Aggie’s behalf. She’ll make him fall for Aggie – and once he’s hooked, the two of them can meet in person.

Before long, Cici and Aggie find themselves tangled up in a web of half-truths, leading to a series of misunderstandings and mishaps. Even worse, Cici starts to fall for her best friend’s guy. But no boy is worth losing Aggie over, and Cici must figure out how to fix the situation before her real identity is revealed. For the first time in her life, she doesn't have a clue.

A surprisingly successful, suspenseful, and engrossing take on the Cyrano story with a contemporary twist.
- Kirkus Reviews

Cici is a believable character... Interspersed with Twitter feeds and yoga poses, this clever twist on Cyrano de Bergerac will win over the hearts of middle-schoolers, particularly those feeling shy or awkward themselves, as well as reluctant readers.
- Booklist

Kristina Springer is the author of My Fake Boyfriend Is Better Than Yours (Macmillan/FSG), a Scholastic Bestseller and 2012 YALSA Quick Pick book; The Espressologist (Macmillan, FSG), a 2010 Society of School Librarians International Honor Book and 2014 Illinois Reads Book that has been purchased for film by Michael Eisner’s Vuguru; and Just Your Average Princess (Macmillan/FSG). She has a Masters in Writing from DePaul University and resides in a suburb of Chicago with her husband and children. Learn more about Kristina on her website: KristinaSpringer.com.