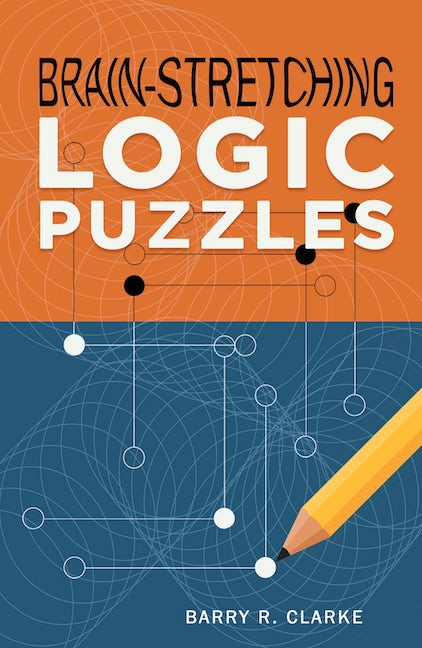 Solvers, rejoice! There’s a terrific new book of logic puzzles, created by one of the true Renaissance men of our time: Barry R. Clarke.

Are you ready to stretch your brain? This ingenious new collection will do just that, with a wide variety of conundrums to test your mental-reasoning skills. In addition to traditional logic puzzles, solvers have to contend with liars and truthtellers, playing cards, digital deletions, movie-theater seating, and more! As the book progresses, the puzzles grow more difficult. All the answers are in the back, but not in order. That way you can’t accidentally glimpse the explanation for the next enigma before you attempt it!

Barry R. Clarke is a British puzzle designer who has a Master of Science degree by thesis in theoretical physics from the University of Hull and published papers on perturbation methods in quantum mechanics. He has written and directed several award-winning short films and his comedy sketches have appeared on both BBC and ITV. Since 1989, he has written a regular puzzle column for The Daily Telegraph, his puzzle work has been featured on BBC TV’s Mindgames, and he has published several books of original puzzles. His enigmas have also appeared in The Sunday Telegraph, The Sunday Times, New Scientist, and Reader's Digest. He lives in Oxfordshire, UK. 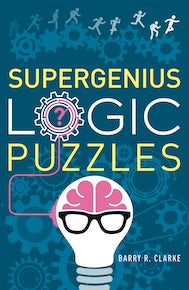 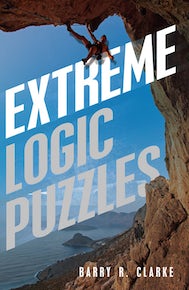 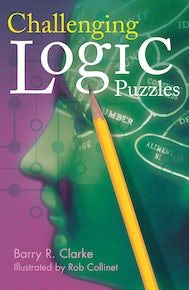