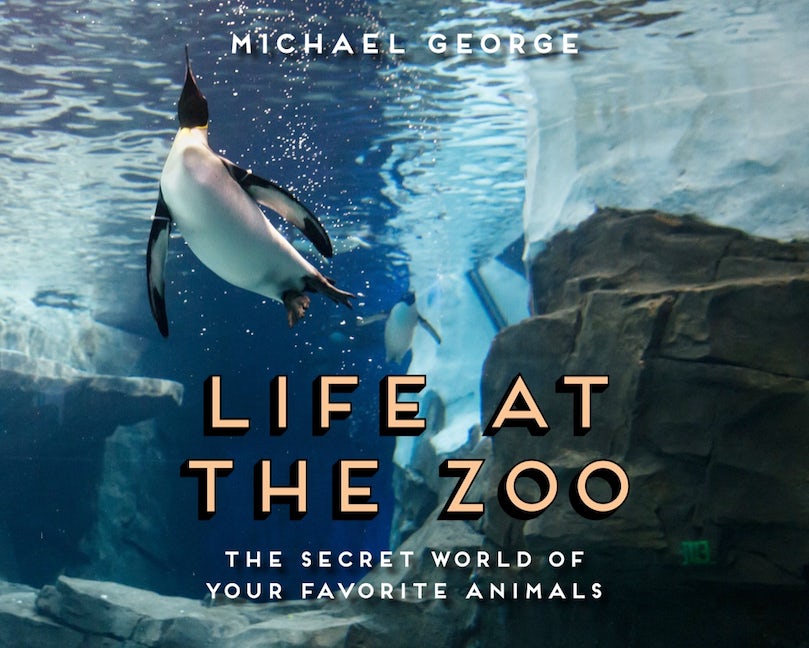 Life at the Zoo

Life at the Zoo

Have you wondered what life at the zoo is really like? With breathtaking original images from a National Geographic photographer, this book gives a unique behind-the-scenes view.

This is the perfect book for every budding zoologist and animal-loving kid! Featuring illuminating photography and writing from Michael George, Life at the Zoo provides a precious glimpse inside the beloved institution. Children can meet the creatures who live there—and the people who care for them, too. They’ll have so much fun, they won’t even realize how much they’re learning!

“What is life like for animals behind the scenes at the zoo? In this well-researched and informative text, readers will learn about the different activities and experiences animals go through every day in zoos. George demonstrates the importance of zookeepers not only in their role in raising young baby animals—some of whom need constant attention around the clock—but also in their work to help animals grow, learn, play, have important social experiences, and find partners with whom to mate as adults, often from other zoos. Young readers will learn about the different habitats animals need to survive, and how some of these habitats are being threatened in the wild, causing species to become endangered. The genial, approachable, and enthusiastic text corresponds directly to the large, clear, full-color photographs, which depict such intriguing scenes as elephant seals learning basic commands from a trainer and a zookeeper wrangling with some rowdy bearcats. The important role of zoo veterinarians, who must treat animals who are unable to provide information about their health, is also explored and accompanied by photographs depicting veterinary care. An accompanying glossary defines scientific terms used throughout the text. This inviting, fascinating book explores the important work zoos undertake every day to ensure the safety and survival of different species, and animal-loving kids will be enthralled.” —Booklist (Starred review)

“A behind-the-scenes look at zoo animals, large and small, and their keepers. Filled with appealing, occasionally dramatic photos taken at eight zoos in the U.S. and Germany (including a boarding school in New York State that houses its own zoo), this informative book is divided into thematic two-page spreads on subjects including baby animals, behavioral development, training, and medicine. Each section features one or two specific animals, often named and pictured, to personalize the narrative. In a spread headed ‘Where Do Zoo Babies Come from?’ it is noted that although walrus ‘Ginger was born in captivity to her parents Garfield and Kaboodle’ (the names of some animals will be a source of amusement), her new friend Aku ‘was found by gold miners in Alaska, separated from his mother and desperately in need of food and water’ and transported to Orlando by a rescue team. The author uses this story to counter the opinion that people ‘fear animals are stolen from the wild’ and taken to zoos. The animal workers for the most part present white. Throughout the book, there is an emphasis on the skills and caring attitudes of the various zoo staff members, which may have readers wishing for information on preparation for these various jobs. Issues concerning climate change, conservation, and endangered species (all defined in the glossary) are briefly mentioned. Engaging encounters with a variety of animals and the humans who intimately interact with them.” —Kirkus

“Large, colorful photographs give readers a behind-the-scenes look at several zoos. Kids will learn how zookeepers raise animal babies, where they acquire those youngsters, and how they help them develop and mature in the absence of adult creatures. George’s text is engaging, often addressing readers directly. . . .The glossary has helpful definitions . . . VERDICT Recommended for strong upper-elementary readers with an interest in animals or zoology. —School Library Journal
-

Michael George is a photographer and writer whose work has appeared in National Geographic, The New York Times, Popular Mechanics, Teen Vogue, WIRED, and more. He guest lectured at Yale University and taught workshops internationally. Michael lives in Brooklyn, NY. Learn more at michaelgeorgephoto.com and follow him on Instagram @MichaelGeorge.