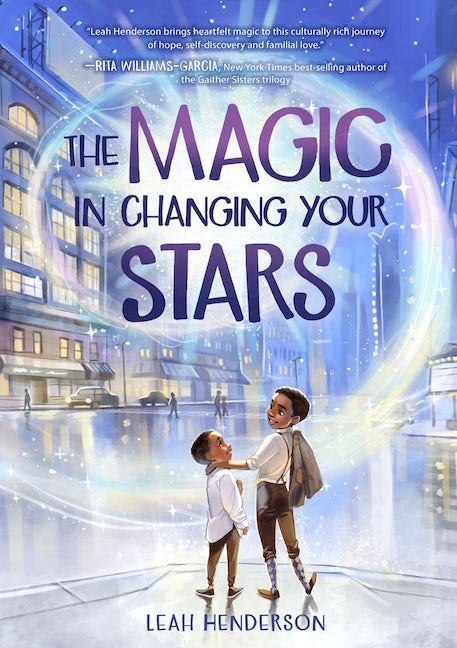 Can you change your fate—and the fate of those you love—if you return to the past? Journey to 1939 Harlem in this time-travel adventure with an inspiring message about believing in yourself.

Eleven-year-old Ailey Benjamin Lane can dance—so he’s certain that he'll land the role of the Scarecrow in his school’s production of The Wiz. Unfortunately, a talented classmate and a serious attack of nerves derail his audition: he just stands there, frozen. Deflated and defeated, Ailey confides in his Grampa that he’s ready to quit. But Grampa believes in Ailey, and, to encourage him, shares a childhood story. As a boy, Grampa dreamed of becoming a tap dancer; he was so good that the Hollywood star and unofficial Mayor of Harlem, Bill "Bojangles" Robinson, even gave him a special pair of tap shoes. Curious, Ailey finds the shoes, tries them on, taps his toes, and makes a wish. In the blink of an eye, he finds himself somewhere that if most definitely no place like home! Featuring an all-African-American cast of characters, and infused with references to black culture and history, this work of magical realism is sure to captivate and inspire readers.

"A fast-paced story about family, bravery, and the arts, this story will have readers wanting to visit Harlem and tap alongside Ailey, Grampa, and Bojangles himself."–School Library Journal, starred review

“Ailey Benjamin Lane can dance outta this world and even drop a dope rhyme, but he struggles to perform his best under the spotlight. Henderson’s characters have such powerful names, evoking a legacy of black excellence that dovetails triumphantly with this story of facing regrets and achieving redemption. (A list of these names is appended.) . . . Black excellence, black fantastic, and black family combine for a transformational story of passion and persistence.” —Kirkus, starred review

“The Magic in Changing Your Stars is an enchanting story of a boy whose dream of becoming a star will take readers on a most wonderfully magical journey—a heartfelt tribute to legendary African American performers and their place among the stars.” —Ibi Zoboi, New York Times bestselling author of My Life as an Ice Cream Sandwich

"The value of family, perseverance, and believing in oneself takes center stage in this bighearted multigenerational story tinged with enchantment."—Publisher's Weekly

"Henderson weaves magical realism and historical fiction together, offering hard lessons about trying and grit, alongside overwhelming love of family, a lot of laughs, and a ‘smidgen of magic.’ ” —Booklist, starred review

“Leah Henderson brings heartfelt magic to this culturally rich journey of hope, self-discovery and familial love.” —Rita Williams Garcia, New York Times best-selling author of the Gaither Sisters trilogy
This story is family,
and time-travel,
plus Harlem,
plus tap (and rap),
with a dash of The Wiz.
Come and get it. —Newbery Medalist Rebecca Stead, author of When You Reach Me and The List of Things That Will Not Change
-

Leah Henderson tells stirring stories featuring black heroes and heroines. She is the author of the middle-grade novel, One Shadow on the Wall, and her short story will be included in the YA anthology, Black Enough: Stories in Black Teenhood in America. She lives in Washington, DC. Find Leah on Twitter @LeahsMark and on her website at leahhendersonbooks.com.