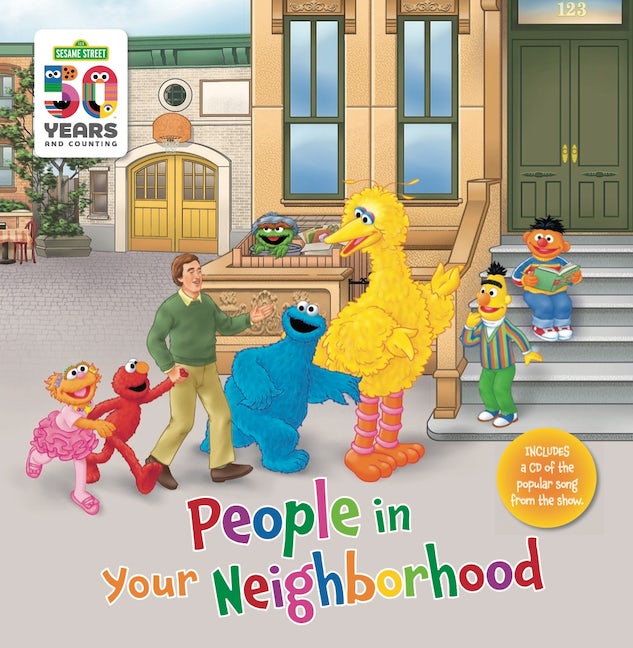 People in Your Neighborhood

People in Your Neighborhood

A bright and colorful picture book featuring the popular Sesame Street tune and all your favorite characters, with a CD of the song.

In celebration of Sesame Street’s 50th anniversary, join Bob McGrath and the Muppets from Sesame Street on a tour of the neighborhood and find out what it’s like to be a postman, fireman, baker, dentist, and more. Based on the popular song, this engaging picture book features all your favorite Sesame Street characters, including Elmo, Cookie Monster, and Abby Cadabby, plus a CD of the song.

Writer/Composer Jeff Moss (June 19, 1942 – September 24, 1998) served as head writer on Sesame Street from seasons 2 through 5, and continued writing scripts and songs for the show for the rest of his life. He wrote some of the show's best-known songs including "Rubber Duckie," "I Love Trash," "The People in Your Neighborhood," "I Don't Want to Live on the Moon," and "Nasty Dan." Moss also helped in the creation of characters such as Cookie Monster, Oscar the Grouch, and Guy Smiley. Moss won 15 Emmys for his work and wrote the songs for four Grammy Award-winning records. When released as a single in 1970, "Rubber Duckie" sold more than a million copies.