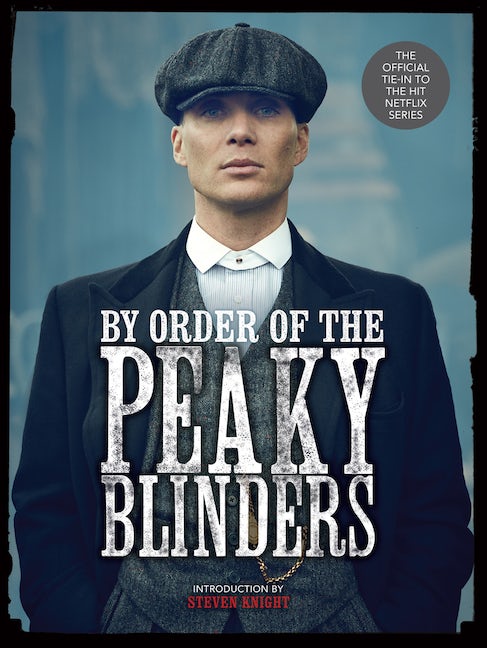 By Order of the Peaky Blinders

By Order of the Peaky Blinders

The first official tie-in book for the blockbuster series Peaky Blinders—the epic gangster drama set in the lawless streets of post–World War I Birmingham—is every bit as dramatic, stylish, and atmospheric as the show.

Peaky Blinders is a binge-worthy hit that never ceases to entertain. Produced by Caryn Mandabach Productions, and Tiger Aspect Productions, and shown on Netflix in the US, it inspires a cult-like devotion in its viewers—from teenagers emulating the show's hairstyles to discerning consumers of quality drama. This stylish volume invites fans to step onto the set and discover the real-life inspiration for the series; explore its key themes, characters, and plotlines; and learn more about the actors, creative teams, and soundtracks that have made it a worldwide phenomenon. Containing exclusive imagery, in-depth interviews with the creators and cast—including Steven Knight, Cillian Murphy, and Helen McCrory—and an inside look at everything from the drama's moody sets to its influential fashions, By Order of the Peaky Blinders is an essential companion.

Matt Allen is an award-winning music and sports journalist and author whose work has appeared in Q, Mojo, Esquire, GQ, The Guardian, and The Telegraph, among others. He is also an official writer for the International Olympic Committee. Previously the features editor at Q, Matt has coauthored several Sunday Times sports bestsellers. He lives in the UK.