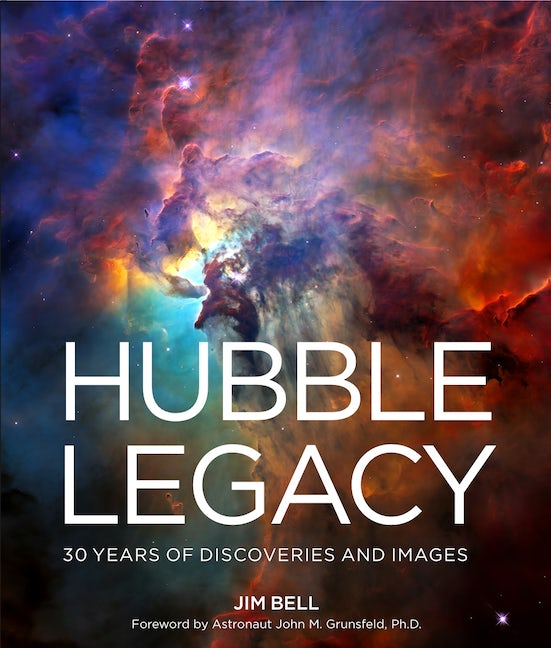 30 Years of Discoveries and Images

30 Years of Discoveries and Images

This is the definitive book on the Hubble Space Telescope, written by noted astronomer Jim Bell.

Looking deep into space, by definition, means looking back in time—and the Hubble Space Telescope can look very far back, including at stars, nebulae, and galaxies that are millions, even billions, of years old. If there is a single legacy of Hubble as it turns 30 years old and nears the end of its useful life, it is this: It has done more to chronicle the origin and evolution of the known universe than any other instrument ever created. Hubble has also captured an astounding collection of ultraviolet images that include geysers of solar light, Mars’ famous dust storms, exploding stars, solar flares, globular clusters, and actual galaxies colliding. As for scientific milestones, Hubble has helped us learn that the universe is 13.8 billion years old, that just about every large galaxy features a black hole at its center, and that it's possible to create 3-D maps of dark matter. Hubble Legacy will not only feature the most stunning imagery captured by the telescope, but also explain how Hubble has advanced our understanding of the universe and our very creation.

“Along with his clear description of the Hubble Space Telescope’s setbacks and successes, Jim Bell has compiled an exquisite collection of stunning photographs of the universe. Have many long looks— your tax dollars at work— an astronomer’s catalog of the cosmos.” —Bill Nye, CEO, The Planetary Society

"You can’t flip through this stunning collection of Hubble images without pausing often to shake your head in awe. The accompanying text that Contributing Editor Jim Bell wrote is equally enriching. Altogether, this coffee-table book is a riveting celebration of the venerable space telescope’s 30th anniversary." —Sky & Telescope -

Hubble Telescope user Dr. Jim Bell is a professor in the School of Earth and Space Exploration at Arizona State University, an adjunct professor in astronomy at Cornell University, and a visiting scientist at NASA's Jet Propulsion Laboratory. He has been heavily involved in many NASA robotic space exploration missions, including the Near Earth Asteroid Rendezvous (NEAR), Mars Pathfinder, Mars Rovers (Spirit, Opportunity, Curiosity, and Mars 2020), Mars Odyssey Orbiter, Mars Reconnaissance Orbiter, Lunar Reconnaissance Orbiter, and the Psyche asteroid orbiter. Bell is the president of the Planetary Society, and received the 2011 Carl Sagan Medal from the American Astronomical Society. He has appeared on The Today Show, CNN, PBS, Discover, National Geographic, and History Channel. 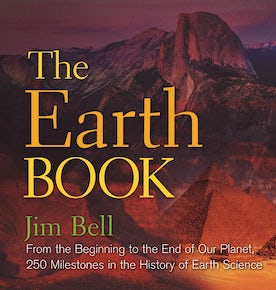 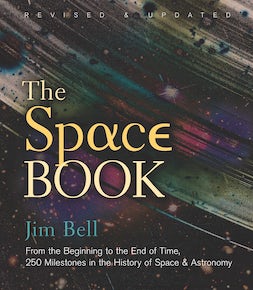 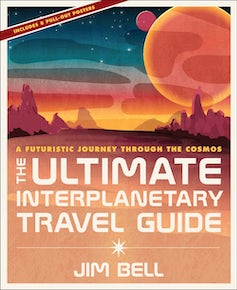