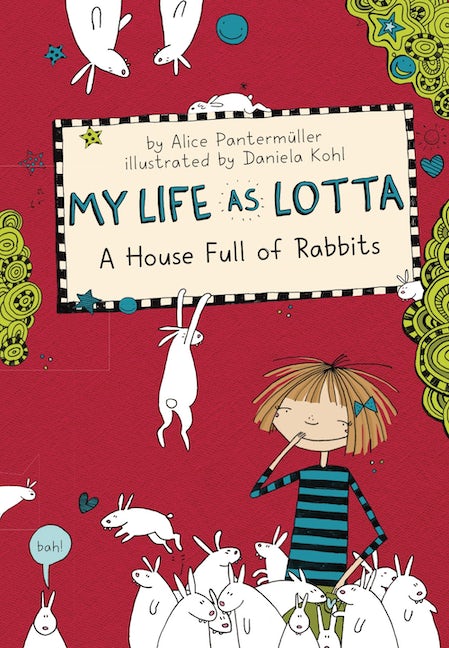 “Lotta’s escapades are described and illustrated with theatrical flair and humor, making this an enjoyable snapshot of tween life.” —Booklist

Lotta has just started middle school—but life isn’t going very smoothly. First of all, she has a teacher named Mrs. Crabbert—who is very, well, crabby. Then, her mom gives her a recorder that seems to make mysterious things happen. Lotta also wants to get her own pet . . . no matter what it takes. But her parents’ refusal to consider her request, a fight with her best friend, and that weird recorder keep getting in the way. Can Lotta make it all work out?

Like the Dork Diaries and The Diary of a Wimpy Kid series, My Life as Lotta shows the hilarious and heartfelt side of Lotta's everyday adventures through diary entries, notes, and doodles.

This wildly popular series has sold more than three million copies in Germany and been translated into 31 languages . . . and counting!

“Ten-year-old Lotta loves to write and draw in her diary, and this doodle-filled series starter begins with her first day of fifth grade. She’s excited for the new school year, until she hears that crabby Mrs. Crabbert will be her teacher; though, luckily, Lotta’s best friend, Cheyenne, is in her class. Over the span of two weeks, a lotta things happen to Lotta. These come in the form of everyday disasters and mishaps that kids will find instantly entertaining. For instance, her first-day-of-school family dinner at an Italian restaurant takes an unsavory turn; her mother continues to encourage Lotta to play the recorder by gifting her yet another of the dreaded instrument; then Lotta decides she wants a pet (besides her turtle, Webster), but her parents resoundingly say no. Pantermüller’s Lotta books have been wildly popular in her native Germany, and American readers will be smitten with the spunky protagonist and her indefatigable scheming. Lotta’s escapades are described and illustrated with theatrical flair and humor, making this an enjoyable snapshot of tween life.” —Booklist -

Alice Pantermüller has written several books including Linni McLeft, which was selected as the Book of the Month by the German Academy of Children’s and Teen Literature in Volkach. She lives in Lüneburg Heide, in northern Germany.

As a child, Daniela Kohl earned the money for her school lunch with little drawings she sold to members of her family. In 1994 she attended art school and also studied communication design at the Munich Technical College. Since 2001 she has been working as a freelance illustrator and graphics designer. She lives with her partner, dog and turtle in Munich, overlooking the roofs of the city.

The My Life as Lotta Series

Series: My Life as Lotta

My Life as Lotta: That's the Way the Rabbit Crumbles (Book 4) 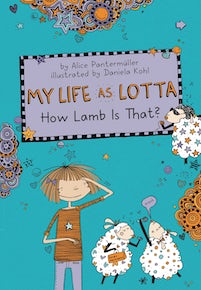