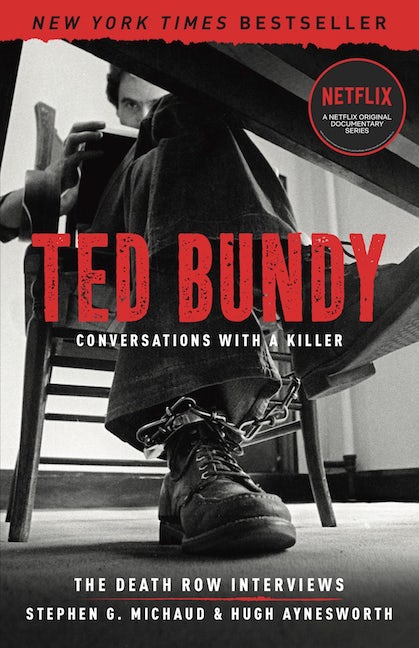 Ted Bundy: Conversations with a Killer

Ted Bundy: Conversations with a Killer

In a series of death row interviews done shortly before his execution, infamous serial killer Ted Bundy gave a third-person "confession" of his many murders. This definitive book on Bundy was recently made into a Netflix documentary.

What goes on in the mind of a serial killer? Drawn from more than 150 hours of exclusive tape-recorded interviews with the handsome, charismastic Bundy, whose grisly killing spree left at least 30 young women dead across seven states between 1974 and 1978, this chilling exposé provides a shocking self-portrait of one of the most savage sex murderers in history. Speaking eerily in the third person, Bundy reveals appalling details about his crimes, discloses how he attracted his victims, explains how he methodically disguised his acts, and recounts his two daring jailbreaks. Bundy also offers his thoughts on other infamous serial killers, including John Wayne Gacy and Son of Sam.

Stephen G. Michaud is the author or coauthor of 18 books, including Wanted for Murder; Dark Dreams, an Edgar finalist; and The Only Living Witness, which the New York Daily News called one of the ten best true crime books ever written.

Hugh Aynesworth is a veteran journalist who witnessed the assassinations of both JFK and Lee Harvey Oswald. He was nominated for a Pulitzer Prize in investigative reporting for his work reporting on another mass murderer, Henry Lee Lucas. He has coauthored seven books with Michaud.