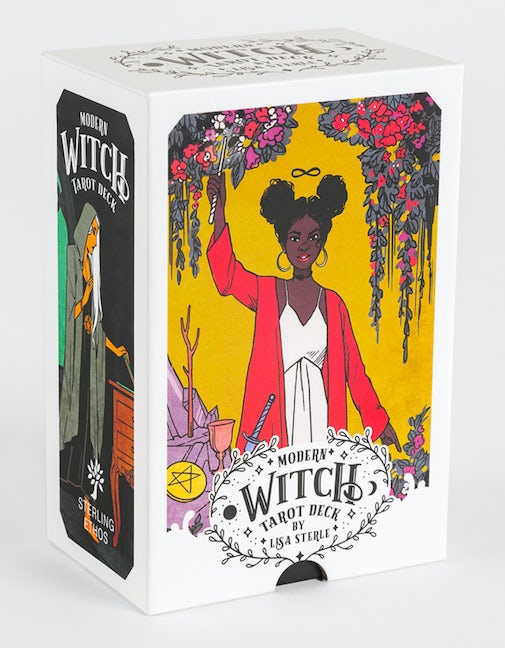 The strength of traditional tarot symbols combine with diverse bodies, up-to-the-minute fashion, and the strength and power of twenty-first-century witchcraft, where we make our own magic.

The 78 cards of the tarot deck are rich with meaning—archetypes like The Magician, The Empress, and The Chariot reflect our lived experience and are a mirror into the ways in which we interact with the world. Acclaimed artist Lisa Sterle takes these symbols into contemporary life with vibrant art that celebrates the diversity, excitement, and energy of the new kind of magic that is happening in this world. The Modern Witch Tarot Deck is the answer to your questions about the past, the present, and whatever the future may hold, and its empowering messages will help you take the next step toward whatever you desire.

Lisa Sterle is a Columbus, Ohio, artist with work spanning from comic books to concept design to pop-culture-fueled illustration. Her work is often bright, expressive, and occasionally tinged with horror— marrying her two favorite themes: the beautiful and the grotesque. She has worked with HarperCollins, IDW, Image, Archie Comics, Vault Comics, BOOM! Studios, and many others. She is the cocreator of monthly comics Long Lost and Submerged, as well as creator of The Modern Witch Tarot Deck, a modern and diverse interpretation of the classic Rider-Waite tarot deck. Currently she is working on the graphic novel Squad and the monthly comic series Witchblood. 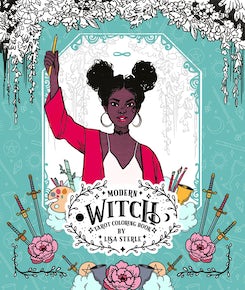 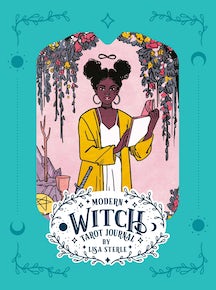