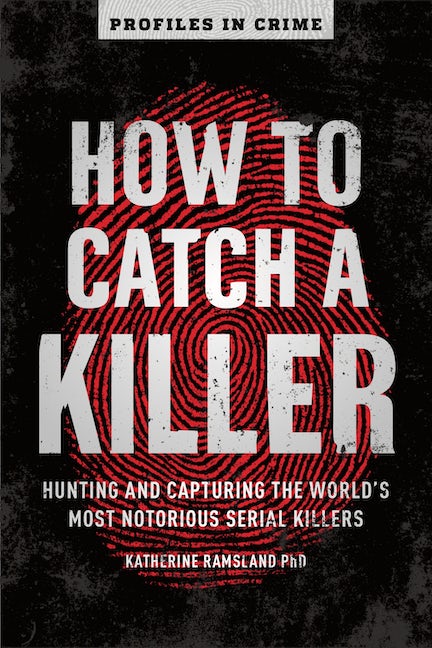 There are two parts to every crime story: how they did it and why they got caught.This book is about the second part, and how it changes the way we catch serial killers.

No two stories about the capture of a serial killer are the same. Sometimes, the killers make crucial mistakes; other times, investigators get lucky. And the process of profiling, hunting, and apprehending these predators has changed radically over time, particularly in the field of criminal forensics, which has exploded in the last ten to 15 years. Laser ablation, video spectral analysis, cyber-sleuthing, and even DNA-based genetic genealogy are now crucial tools in solving murders, including the recent capture of the so-called Golden State Killer. This book in the new Profiles in Crime series tells the history of forensics through the “capture stories” of some of the most notorious serial killers, going back almost a century.

"Her absorbing narratives include grisly details, but emphasis on criminology elevates the text. VERDICT A focus on how killers are caught brings a fresh approach even to familiar cases. Ramsland presents concise, compelling examples of the progress of police work over the last century. Highly recommended for true crime buffs." —Library Journal

"Ramsland writes knowledgeably in an accessible style. This is a welcome addition to the true crime shelf." —Publishers Weekly -

Katherine Ramsland, PhD, is a professor of forensic psychology and criminal justice at DeSales University. She has published more than 1,000 articles and 60 books, most focusing on serial killers, and speaks internationally on the subject. She was a regular contributor to Court TV’s Crime Library, and is a regular guest on The Today Show, 20/20, NPR, and E! True Hollywood.