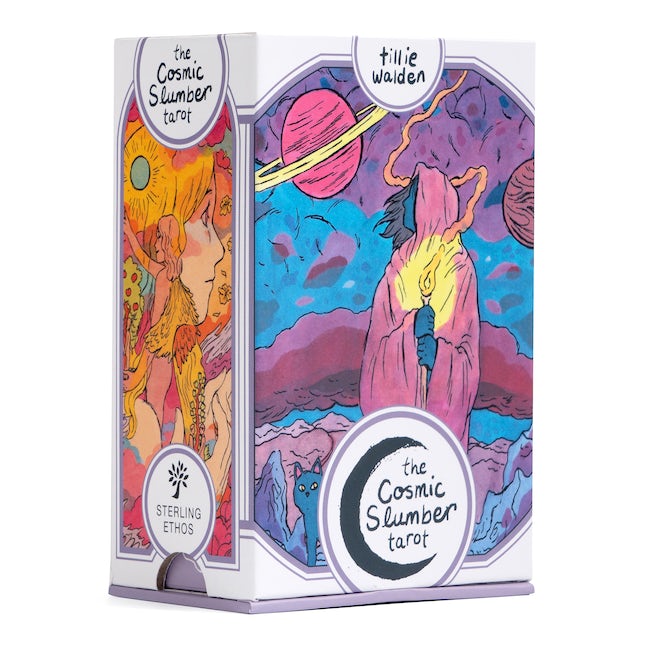 The multi-award winning artist and graphic novelist Tillie Walden brings her beautifully unmistakable style and soulful warmth to the world of tarot.

Hand-painted and bursting with color, The Cosmic Slumber Tarot evokes images recalled from collective dreams and the depths of the subconscious. Tillie's style, influenced by Manga and the art of Studio Ghibili, brings a fresh, youthful energy to the tarot. The Cosmic Slumber Tarot will strongly appeal to her legion of fans in the comics world and ever growing millennial audience of the tarot community.

Tillie Walden is a cartoonist and illustrator from Austin, Texas. Born in 1996, she is a graduate from the Center for Cartoon Studies in Vermont. She's the creator of graphic novels The End of Summer, I Love This Part, A City Inside, Spinning, On a Sunbeam and Are You Listening? She is an Eisner Award winner and two-time Ignatz Award winner. Each year garnering new praise and awards for her wonderful, clean yet detailed illustrations, and her singular narrative voice, Tillie is a publishing powerhouse whose following, reputation and acclaim grow ever stronger. 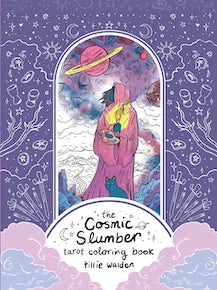