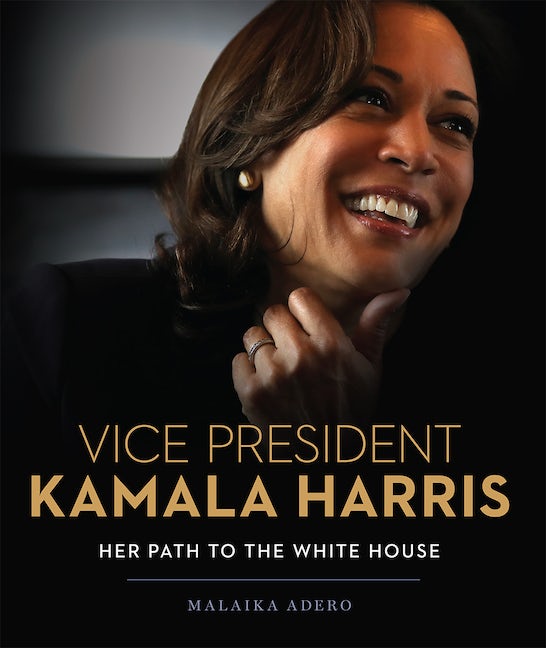 Her Path to the White House

Her Path to the White House

The first fully illustrated book on Kamala Harris’s life and work, a retrospective that celebrates and honors her barrier-breaking achievements.

When Kamala Harris became vice president of the United States, she made history as the first woman, first Black person, first South Asian American, and first Caribbean American to hold the office. This stunning book covers Harris’s life from her childhood in Berkeley to her Howard College years, charting the many firsts she has carried with her throughout her legal and senatorial careers. It also explores Harris’s presidential campaign, her family (her husband, Doug Emhoff, is the first Second Gentleman and the first Jewish vice presidential spouse), the inauguration and her first months in the White House, and includes sidebars giving historical context to Black and female representation in government. Harris’s inspiring journey is brought to life with 120 photographs, quotes, highlights from notable speeches, and insightful commentary from Malaika Adero.

Malaika Adero has held editorial positions in the publishing industry for more than thirty years, mainly at Simon & Schuster and Amistad Press, working on books by Walter Mosley, Prince, T. D. Jakes, Gordon Parks, Zane, and Miles Davis. She is the author of A Black Woman Did That: 42 Boundary-Breaking, Bar-Raising, World-Changing Women, and Up South: Stories, Studies, and Letters of This Century’s African-American Migration; and coauthor of The Mother of Black Hollywood with Jenifer Lewis and Speak, So You Can Speak Again: The Life of Zora Neale Hurston. Now an independent book developer and literary agent at her company, Adero’s Literary Tribe, she works with individuals and corporations as an editor and writer.  She is based in New York City and Atlanta.