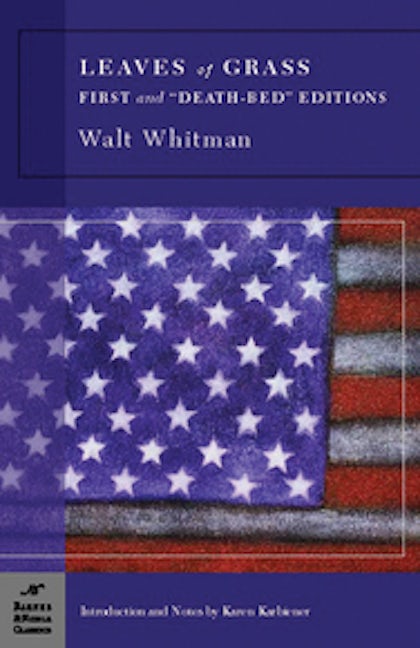 Leaves of Grass, by Walt Whitman, is part of the Barnes & Noble Classics series, which offers quality editions at affordable prices to the student and the general reader, including new scholarship, thoughtful design, and pages of carefully crafted extras. Here are some of the remarkable features of Barnes & Noble Classics:All editions are beautifully designed and are printed to superior specifications; some include illustrations of historical interest. Barnes & Noble Classics pulls together a constellation of influencesbiographical, historical, and literaryto enrich each reader's understanding of these enduring works.

When Leaves of Grass was first published in 1855 as a slim tract of twelve untitled poems, Walt Whitman was still an unknown. But his self-published volume soon became a landmark of poetry, introducing the world to a new and uniquely American form. The "father of free verse," Whitman drew upon the cadence of simple, even idiomatic speech to "sing" such themes as democracy, sexuality, and frank autobiography.

Throughout his prolific writing career, Whitman continually revised his work and expanded Leaves of Grass, which went through nine, substantively different editions, culminating in the final, authoritative "Death-bed Edition." Now the original 1855 version and the "Death-bed Edition" of 1892 have been brought together in a single volume, allowing the reader to experience the total scope of Whitman's genius, which produced love lyrics, visionary musings, glimpses of nightmare and ecstasy, celebrations of the human body and spirit, and poems of loneliness, loss, and mourning.

Alive with the mythical strength and vitality that epitomized the American experience in the nineteenth century, Leaves of Grass continues to inspire, uplift, and unite those who read it.

Karen Karbiener received a Ph.D. from Columbia University and currently teaches at New York University. She also wrote the introduction and notes for the Barnes & Noble Classics edition of Frankenstein. 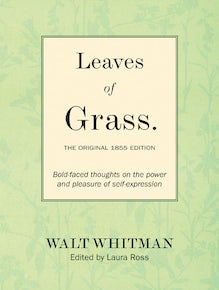 Leaves of Grass: The Original 1855 Edition