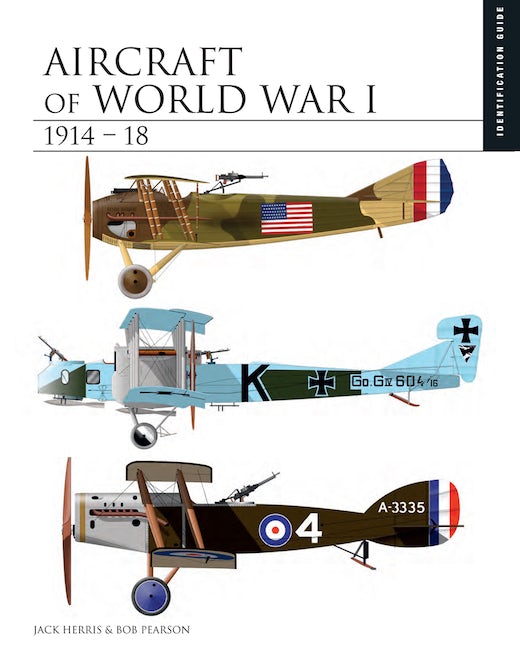 Illustrated with detailed artworks of combat aircraft and their markings, this reissue from the Essential Identification Guide series is a comprehensive study of the aircraft that fought in the Great War of 1914–18.

Packed with more than 200 color profiles of every major type of combat aircraft from the era, Aircraft of World War I 1914–18 is an essential reference. Arranged chronologically by theater of war and campaign, this well-illustrated book offers a complete organizational breakdown of World War I aircraft units on all fronts. Each campaign contains a compact history of the role and impact of aircraft on the conflict, as well as orders of battle, lists of commanders, and campaign aces such as Manfred von Richtofen, Eddie Rickenbacker, and Albert Ball. Every type of aircraft is featured, including the numerous variations and types of well-known models—such as the Fokker Dr.I, the Sopwith Camel, and the SPAD SVII—through to lesser-known aircraft, such as the Rumpler C.1 and the Amstrong Whitworth FK8. The profiles are accompanied by exhaustive specifications, as well as details of individual and unit markings. It’s the perfect guide for modelers, military historians, and aircraft enthusiasts.

Jack Herris is a former US Navy aviator with a degree in aeronautical engineering. He is a noted aviation historian specializing in World War I aircraft who contributes regularly to Over the Front, the journal of the League of World War I Aviation Historians, as well as other publications. His books include Pfalz Aircraft WWI and SPAD Two-Seaters of WWI.