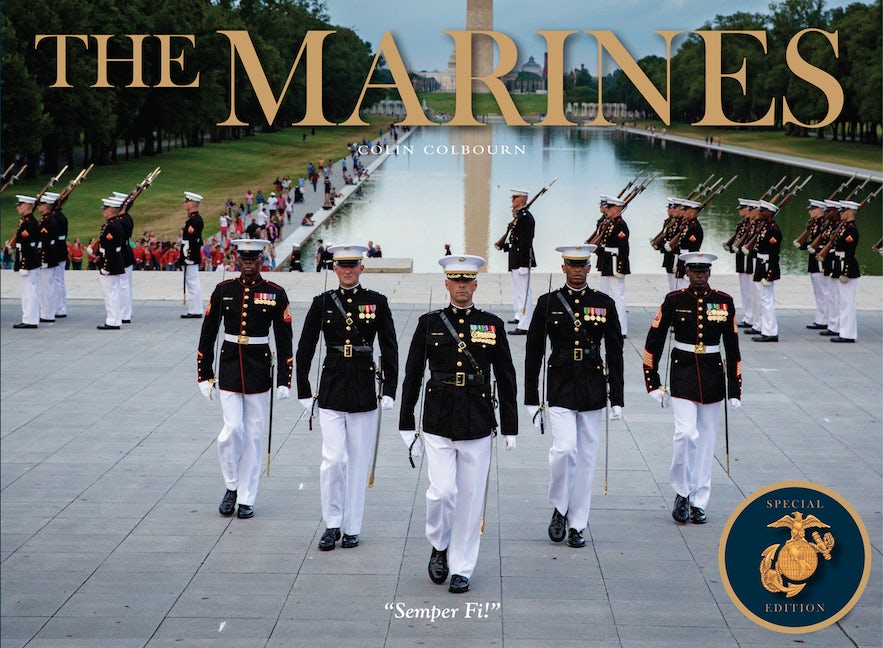 This richly illustrated history of the U.S. Marine Corps features more than 200 superb images from the occupation of Cuba in 1898 right up to the present—with a special focus on operations during World War II and in the 21st century.

One of the military’s most famous and celebrated branches, the United States Marine Corps, emerged from the American War of Independence capable of fighting both at sea and on shore. Designated a component of the US Navy in 1834, the Marines participated in the Civil War, the Spanish-American War (1898), the Boxer Rebellion (1901), and World War I. But the Corps truly came into its own during World War II, when half a million Marines fought the Japanese army across the Pacific, famously capturing the island of Iwo Jima and, later, Okinawa. Since then, the Marines have played a central role in the Korean War, Vietnam War, invasion of Grenada (1983), Persian Gulf War (1991), and global war on terrorism. This riveting book moves from the Marines’ origins through WWI and right up to modern operations. It includes numerous photographs of recruitment and training today, as well as of Marines on tour in Afghanistan and Iraq. More than 200 images capture action from every part of the world, making The Marines a colorful guide to an elite fighting force.

Colin Colbourn holds a PhD in US History from the University of Southern Mississippi. He has published articles on Marine Corps’ history in Leatherneck: Magazine of the Marines, and was Associate Editor for the West Point History of Warfare. Colin lives in Leesburg, VA.