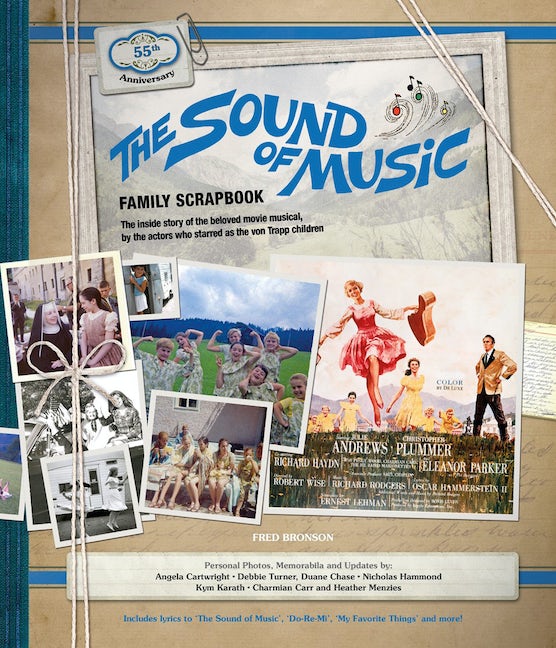 The Sound of Music Family Scrapbook

The Sound of Music Family Scrapbook

For anyone thrilled by the sight of Julie Andrews spinning joyfully on a mountaintop, or who spontaneously bursts out singing “Do-Re-Mi,” this captivating behind-the-scenes story is a must-read.

The summer of 1965 saw the release of one of the best-loved musicals of all time: The Sound of Music. This scrapbook celebrates that classic film, and the seven young actors who played the Von Trapp children and became long-lasting friends. Fans will love glimpsing photographs of rare memorabilia the performers have cherished, including letters to their families, an edited page from the script, and a ticket to the world premiere. The actors share their memories of working with director Robert Wise and stars Julie Andrews and Christopher Plummer, the impact the film had on their lives, and what they have done since. The Sound of Music Family Scrapbook is an intriguing look at the magic of moviemaking.

Fred Bronson has written extensively for television, including The American Music Awards and Dick Clark’s Rocking New Year’s Eve. His books include Dick Clark's American Bandstand (with Dick Clark), The Billboard Book of Number One Hits, Billboard’s Hottest Hot 100 Hits, and various biographies, including those of some of the American Idol finalists.