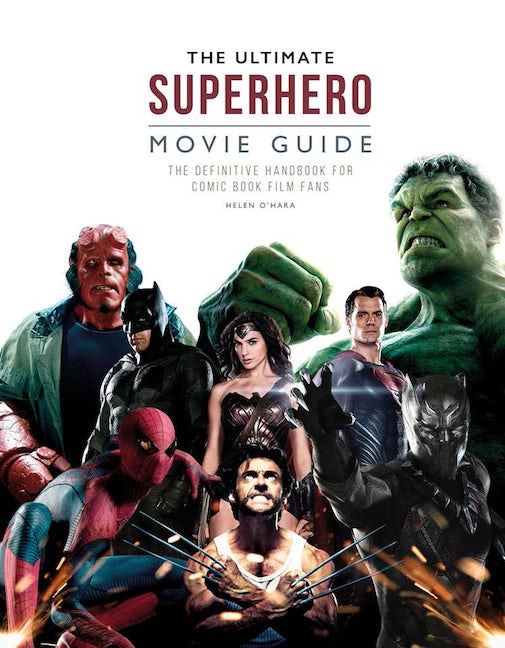 From the early glories of Superman and Batman to Avengers: Endgame, this book celebrates the stars, stunts, and special effects of legendary comic book heroes onscreen.

From cult classics like The Crow, Tank Girl, and Wanted to the dominance of Marvel's and DC’s cinematic universes, The Ultimate Superhero Movie Guide takes you on a thrilling journey through the history of the world’s favorite movie genre. Packed with reviews, features, and retrospectives, plus eye-popping photos and artwork, it’s an all-out celebration of the superheroes and stories that inspire us. Explore the biggest and best comic book movies ever made—including Blade, Guardians of the Galaxy, X-Men, Hellboy, Wonder Woman, Watchmen, Captain America, Deadpool, Suicide Squad, Avengers: Infinity War—along with the supervillains we love to hate, like Loki and The Joker. Complete with a tribute to the late, great Stan Lee, it’s a guide that no fan should do without.

Helen O’Hara is a film journalist and editor-at-large for Empire, the world’s biggest film magazine. At Empire, she spent more than a decade interviewing most of Hollywood’s A-list and covering big events from Comic-Con to the Oscars. She now writes for The Daily Telegraph, The Pool, Grazia, and GQ, is a regular commentator on the BBC, co-hosts the Empire podcast, and has hosted events at the Barbican, BFI, and Cannes.