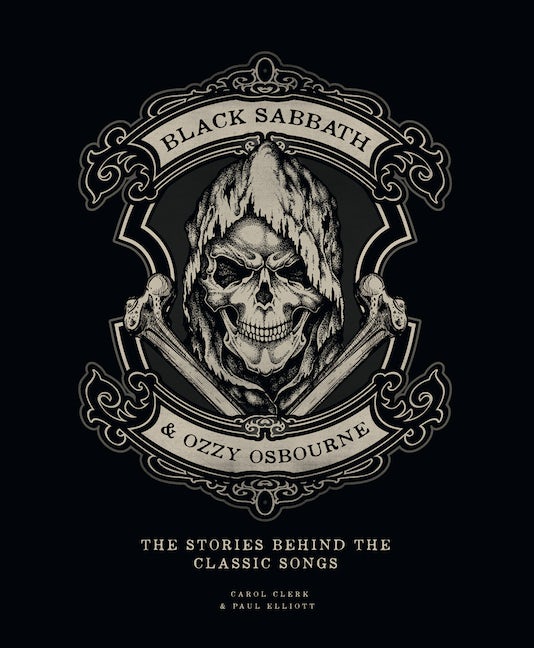 Learn the stories behind all of Black Sabbath's classic songs, along with those from Ozzy's solo career, too.

What was the meaning behind “After Forever?” How did Tony Iommi describe “I Am Going Insane (Radio)”? What was the feeling in the studio when Black Sabbath recorded the Grammy-winning “I Don’t Want to Change the World?”  One of the most successful, influential, and provocative bands of all time, Black Sabbath—dubbed “The Beatles of Heavy Metal” by Rolling Stone—and their colorful original frontman Ozzy Osbourne changed the landscape of popular music forever. Their comeback album 13, with an almost fully reunited lineup, raced to the top of the charts across the globe. This book tells the story of the band and all their classic songs, including “Paranoid,” “Sabbath Bloody Sabbath,” “Junior’s Eyes,” “Diary of a Madman,” and “Mr. Tinkertrain,”as well as the hugely popular hits from Ozzy as a solo artist.

Combines material from Black Sabbath: The Vault by Paul Elliott and Ozzy Osbourne by Carol Clerk.

Former news editor of Melody Maker, Carol Clerk was a prominent music writer on the punk and heavy-metal scene for decades. She won a journalist of the year award from the industry association PPA for her coverage of the Live Aid concert at Wembley. Her many books include Pogue Mahone: Kiss My Arse, The Saga of Hawkwind, Madonna Style, and Vintage Tattoos. She died in 2010.

Paul Elliott is a highly respected music writer and his work regularly appears in MOJO, Classic Rock, Q, and Kerrang. He has interviewed Black Sabbath on a number of occasions.

Series: Stories Behind the Songs