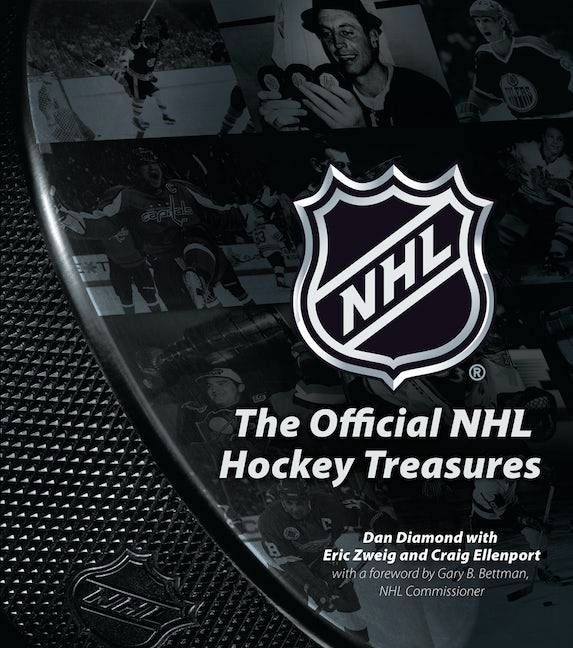 Celebrate the National Hockey League with this revised and updated edition of The Official NHL Hockey Treasures—complete with coverage of Washington’s first championship in 2018 and the thrilling end to the 2018-19 Stanley Cup finals.

This revised and updated edition of The Official NHL Hockey Treasures—which includes the 2018-19 Stanley Cup finals won by St. Louis—gives the sport’s long and colorful history the special treatment it deserves. With hundreds of photographs and an exhaustively researched text, it explores the origin and evolution of hockey, especially the professional game in North America, the great players, famous games, and illustrious teams. But where this title really scores is through its awe-inspiring collection of 30 items of facsimile memorabilia, all perfectly reproduced to feel like the very originals. They include 100-year-old newspaper reports from the NHL’s first games, letters from the President of the NHL, player contracts—including Gordie Howe’s deal to play with his two sons on the Hartford Whalers—and collectible hockey cards. Divided into eight sections, The Official NHL Hockey Treasures offers a refreshing perspective of this fast-moving and thrilling sport. Hockey fans will treasure this beautiful volume forever.

Dan Diamond, the doyen of the National Hockey League writers, includes in his impressive portfolio the NHL Official Guide & Record Book, Total Hockey, and the NHL Year in Review. He has also compiled media guides for the NHL All-Star Game, NHL Entry Draft, and Winter Olympics.

Eric Zweig has worked with Dan Diamond on the NHL Official Guide & Record Book and other publications since 1996. He is a member of the Society for International Hockey Research and the Society for American Baseball Research.

Craig Ellenport has written extensively on a wide range of sports. His credits include: Top 10 Twenty-First Century Athletics, Pick-Up Basketball, The Super Bowl: More than a Game, Esports: A Billion Eyeballs and Growing; he also cowrote The Illustrated NHL History. 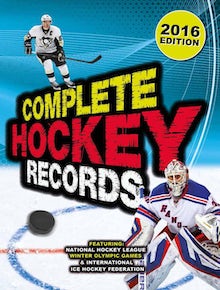