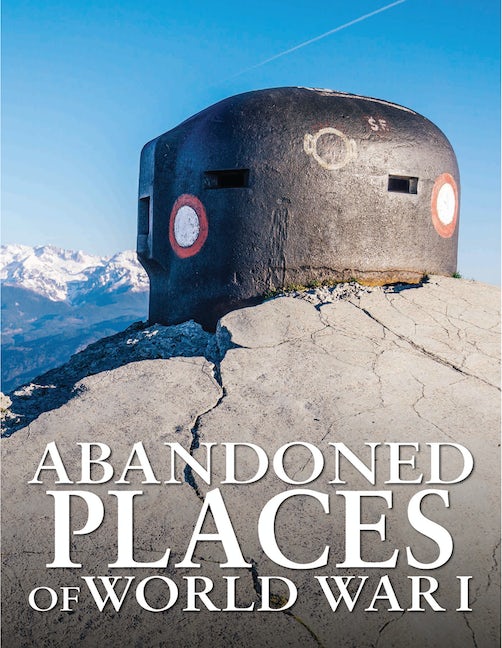 Abandoned Places of World War I

Abandoned Places of World War I

From the preserved remains of the mighty Przemyśl fortress to the underwater wreckage of German warship SMS Scharnhorst near the Falkland Islands, Abandoned Places of World War I features more than 150 striking photographs from around the world.

An overgrown concrete bunker at Ypres; a rusting gun carriage in a field in Flanders; perfectly preserved trenchworks at Vimy, northern France; a rocky mountaintop observation post high in the Tyrolean mountains. More than 100 years after the end of World War I, the conflict's legacy can still be seen from Europe to the South Atlantic. Abandoned Places of World War I explores more than 100 bunkers, trench systems, tunnels, fortifications, and gun emplacements from North America to the Pacific. Included are defensive structures, such as Fort Douaumont at Verdun, the site of the Western Front's bloodiest battle; the elaborately constructed tunnels of the Wellington Quarry, near Arras, designed to provide a safe working hospital for wounded British soldiers; and crumbling concrete pill boxes in Anzac Cove, Turkey.

Dr. Neil Faulkner is a conflict archaeologist and historian specializing in the First World War. He is editor of Military History Matters and author of countless articles, numerous academic papers, and more than 15 books, including In Search of the Zeppelin War: An Archaeology of the First Blitz and Lawrence of Arabia's War: the Arabs, the British, and the Remaking of the Middle East in WWI.