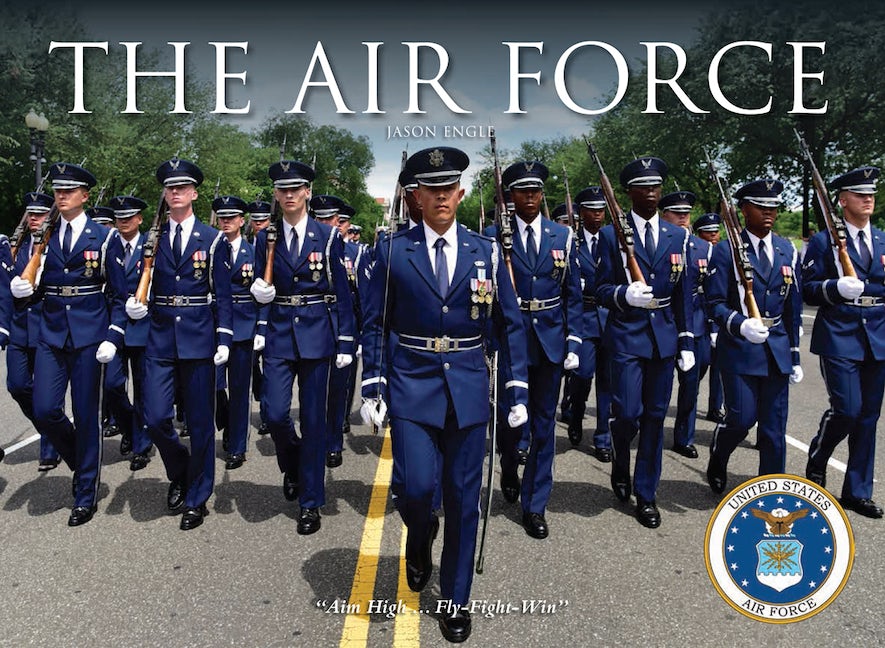 The Air Force is a colorful guide to an elite military service that plays a key role in US overseas operations and US foreign policy.

The US Air Force is the largest, best-trained and best-equipped air arm in the world today. Deployed in every theater, it manages everything from intercontinental ballistic missiles to X-37 space planes to A-10 Thunderbolt tank killers. The USAF coordinates military space launches and airdrops of US Army paratroopers and carries out ground-attack missions against ISIS insurgents. From bases across the world, including in the United Kingdom, Japan, Germany, and continental United States, the USAF operates 5,600 aircraft of all types, including F-22 Raptors and F-15 and F-16 fighters. It deploys B-2, B-1, and B-52 strategic bombers, as well as C-5, C-17, and C-130 airlifters. The USAF was the first to fly fifth-generation fighters, and the first to commit to an all-stealth combat aircraft force, in the shape of 1,700 F-35 Lightning II multi-role combat aircraft. The book includes photographs from World War I up to the present, with a particular focus on recruitment, weaponry, and modern training methods, as well as the USAF on deployment across the globe today.

Jason C. Engle is a historian at Wright-Patterson Air Force Base, OH.