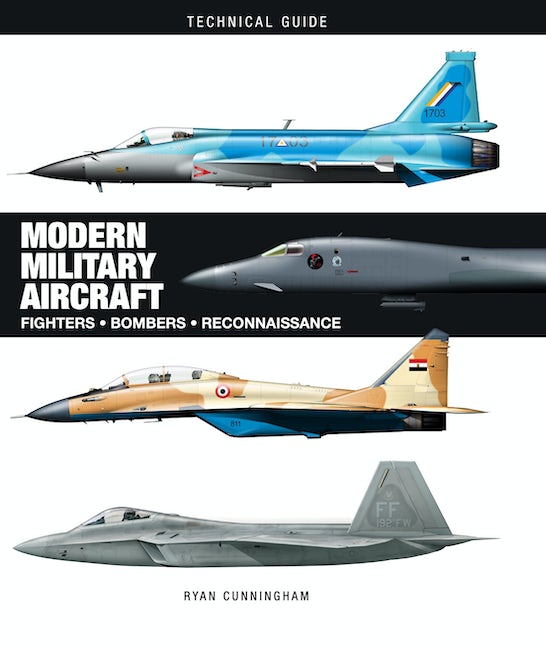 Technical Guide: Modern Military Aircraft is an extensively researched review of the military aircraft deployed by the world's air forces in recent conflicts in the Balkans, the Caucasus, Iraq, Afghanistan, Syria, and elsewhere.

Organized alphabetically by manufacturer, this book includes every type of aircraft in use in the world today, from the F-22 Raptor through the Dassault Mirage 2000 to the MiG-29 and Su-33. The book includes multi-role fighters, ground-attack aircraft, high-level bombers, reconnaissance aircraft, carrier aircraft, and unmanned drones. It is illustrated with profile artworks, three-views, and special cutaway artworks of the more famous aircraft in service, such as the F-15E Strike Eagle, Sukhoi Su-27, and Eurofighter Typhoon. Illustrated with more than 110 artworks, Modern Military Aircraft is an essential reference guide for modelers and enthusiasts with an interest in modern military aircraft.

Ryan Cunningham is an aviation and defense writer and editor who has worked on numerous aviation books and magazines over the last 20 years.