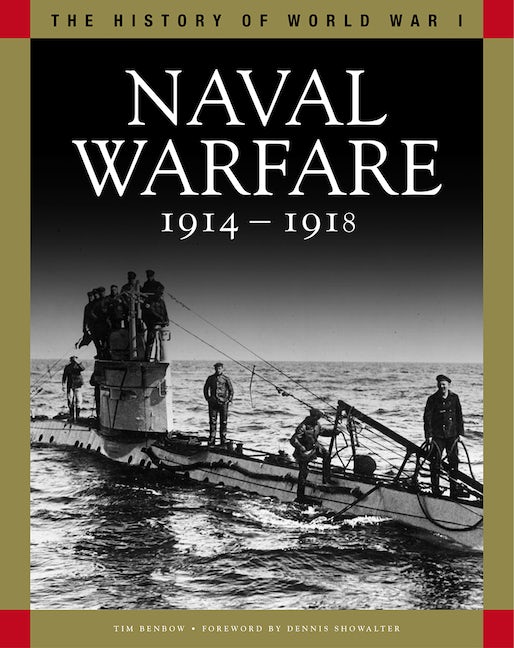 With the aid of numerous black-and-white photographs, many previously unpublished, The History of World War I series recreates the battles and campaigns that raged across the surface of the globe, on land, at sea, and in the air.
Packed with over 300 photographs, complemented by full-color maps, Naval Warfare provides a detailed guide to the background and conduct of World War I naval operations, describing the struggle to win control of the high seas around the globe. It describes the actions at sea between the German High Seas Fleet and the British Royal Navy, as well as the U-boat threat to merchant shipping from North America. Naval Warfare includes such battles as Coronel, the Falklands, Jutland, Dogger Bank, and Zeebrugge, and the eventual fate of the German Fleet at Scapa Flow. Detailed maps accompany boxes explaining key events, personalities, and vessels.

Tim Benbow has taught international relations and strategic studies at Oxford and then spent two years at Britannia Royal Naval College, Dartmouth, teaching officers from the Royal Navy and Royal Marines. In 2004, he joined the Defence Studies Department of Kings College, London, at the UK Defence Academy. He is the Academic Director of the Advanced Amphibious Warfare Course, the Maritime Historian on the High Command and Staff Course, and is on the council of the Corbett Centre for Maritime Policy Studies.