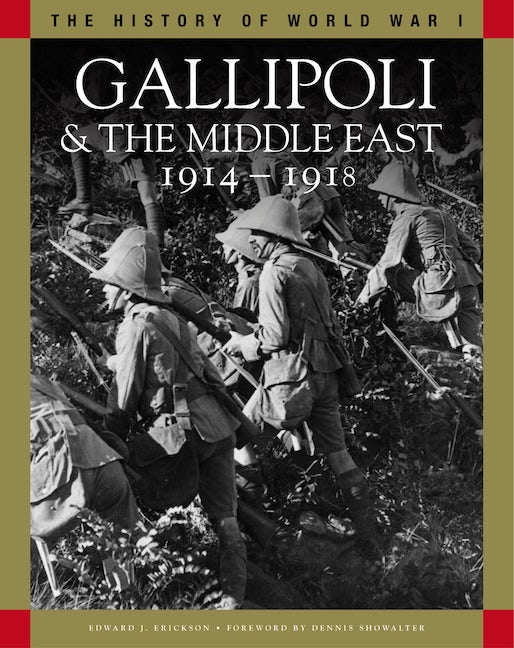 With the aid of numerous black-and-white photographs, many previously unpublished, The History of World War I series recreates the battles and campaigns that raged across the surface of the globe, on land, at sea, and in the air.
Gallipoli & the Middle East describes the conflict between Turkey, known as the Ottoman Empire, and Russian and British Empires for control of the Middle East, most notably the failed assault on the Dardanelles in 1915. It includes such battles and campaigns as Kut, Suvla Bay, Jerusalem, Baghdad, and Sarikamish. Detailed maps accompany boxes explaining key events, personalities, and weapons.

Lieutenant Colonel (retired) Edward J. Erickson served in the regular United States Army for 25 years as a field artillery officer. His assignments included airborne, mechanized, and nuclear artillery units in Germany, Turkey, and the United States. He served in the Third Armored Division at the Battle of Wadi Al Batin in 1991 and in the Fourth Infantry Division during the invasion of Iraq in 2003. Colonel Erickson is a Turkish linguist and has several postgraduate degrees including a PhD from the University of Leeds. He is the author of four books and numerous articles about the Ottoman Army in the period 1908-1922. Colonel Erickson and his wife, Melanie, live in Norwich, NY,  where he teaches history.