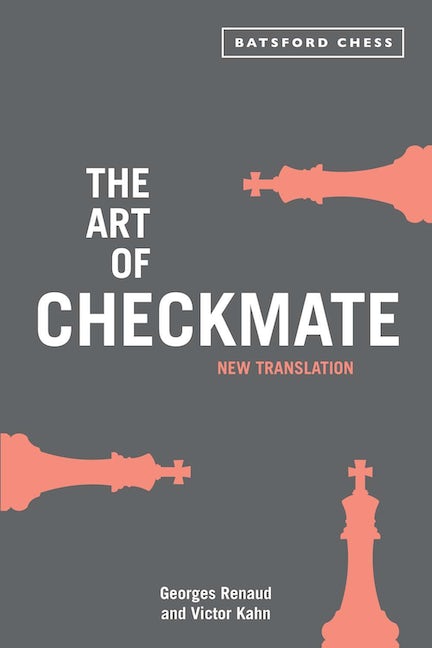 The Art of Checkmate

The Art of Checkmate

One of the most popular and enduring chess books of all time finally gets the English-language edition it deserves—with algebraic notation for the very first time! When it originally appeared in the 1950s, The Art of Checkmate was marred by a careless and mistake-filled translation. This new version accurately reflects the authors' stellar work, including fresh analysis and text missing from previous publications. It presents the basic patterns of checkmate, explanations of how to carry them out, examples from regular play, and test-yourself puzzle positions to reinforce Renaud and Kahn's valuable unmatched information. Never before has it been clearer why so many players consider this a favorite, and put it on their top-ten lists.

Georges Renaud (1893–1975) won the French national chess championship in 1923 and represented his country for the next 10 years. He was the author of six of the best chess books ever written.