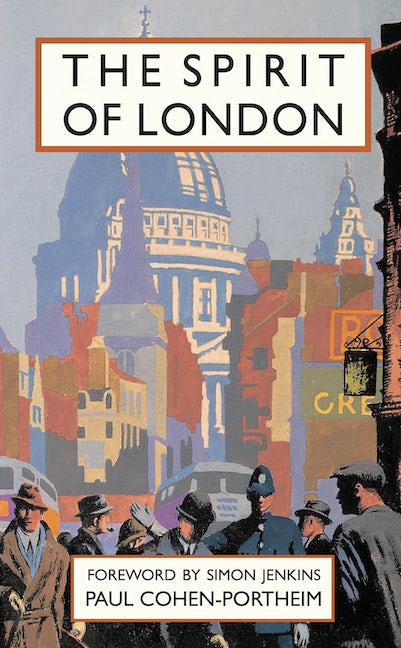 The Spirit of London

The Spirit of London

First published in 1935, this classic snapshot of London in the years before World War II glows with its Austrian author's affection for British life and customs—yet also abounds with critical insight.

Paul Cohen-Portheim, an Austrian traveler and writer, was interned in England during World War I, but his enforced stay made him fall in love with the country and, in particular, London. This is his interpretation of the irrepressible city. Exploring the London scene in a time when age-old traditions were stubbornly resisting the tides of modernism, Cohen-Portheim reflects on the enduring spirit embodied in the city's people, buildings, culture, and history. He ranges from “Town Streets and their Life” to “Green London,” to the surprisingly liberal “London and the Foreigner.” Spirit of London features the iconic Brian Cook cover illustration of Ludgate Circus and St Paul’s.

Paul Cohen-Portheim (1880–1932) was an Austrian artist and travel writer. When World War I broke out, he was painting in Devonshire, and found himself interned for the length of the war. After the war he wrote England, the Unknown Isle and later The Spirit of London, showing his affection for both England and London especially. The Spirit of London was the last of his works to be published after his sudden death in 1932.