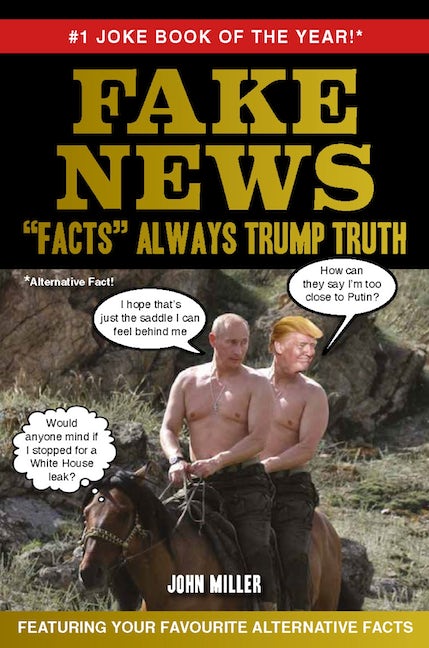 A humorous guide to the world of “Fake News” and “Alternative Facts.”

In the Post-Truth era we live in, “Fake News” has become an inescapable part of our everyday lives. How did that happen? John Miller takes a funny look at where the phenomenon came from—and teaches you how to exploit Fake News for your own benefit. With its mixture of jokes and one-liners plus longer, hilarious articles and guides, this is the #1 Joke Book of the Year!*

Mike Haskins, aka “John Miller,” has written for a number of comedians, as well as for several television and radio shows. He cowrote the bestselling Man Walks into a Bar (Ebury Press) and the successful Laugh, Cackle & Howl Joke Book (Prion).