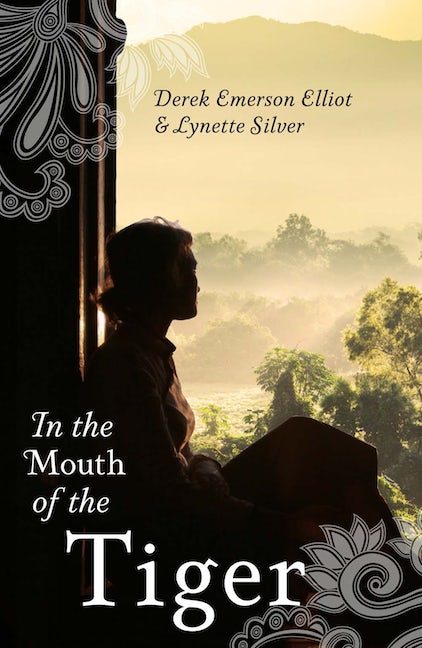 Set in the turbulent years just before and after World War Two, and based on a true story, In the Mouth of the Tiger has it all: adventure, romance, suspense, and action that jumps from Malaya and Singapore to Australia and England. Nona Orlov, a young Russian refugee abandoned in colonial Penang, falls in love with an Englishman who catapults her into a life of luxury and wealth. But Denis Elesmere-Elliott has dark secrets, and Nona finds herself confronted with a world of treachery, violence, and death beyond her imagining. As the mysteries multiply, Nona realizes that, if she is to survive, her courage must match those of the tigers that frequent the jungles around her.

Derek Emerson-Elliott was born in colonial Singapore in 1939, the son of an English adventurer and a young Russian émigré. He has infant memories of escaping the Japanese invasion of the island in 1942, after which he enjoyed an enchanted childhood full of travel and adventure, living in Australia, Malaya during the Communist uprising, England, South Africa and Portugal. Derek was for a period an Aide-de-Camp to the Governor-General, Lord Casey, and has worked as a lawyer in the public service, a litigation solicitor in private practice in Canberra, and a barrister in Canberra and in New South Wales. He is an Adjunct Associate Professor at the University of Canberra, has published articles on various controversial legal subjects, and is currently a street lawyer fighting for the clients of a community legal center in Canberra.

Lynette Silver is a military historian, and the author of a number of books on Australian history, including The Battle of Vinegar Hill (Doubleday), Fabulous Furphies (Sally Milner), The Heroes of Rimau (Leo Cooper), Krait the Fishing Boat that went to War (Cultured Lotus), Sandakan: A Conspiracy of Silence (Sally Milner), The Bridge at Parit Sulong (The Watermark Press), Blood Brothers (Opus Publications), and Deadly Secrets: The Singapore Raids 1942–45 (Sally Milner).