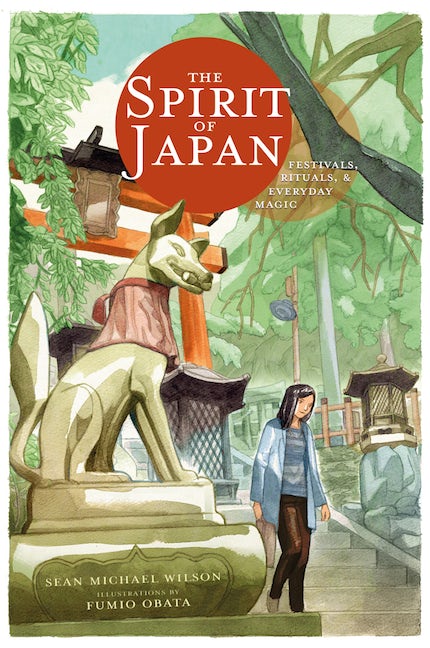 The Spirit of Japan is an accessible introduction to Japanese spiritual practice, perfect for those who are curious about spirituality or Japanese culture and would like to know more.

Japan is sometimes called a 'non-religious' country, but this is only half-true. If we look closer, we find that 'magic' is very much a part of life in Japan! Japan is alive with magical festivals, practices and rituals - from marking the liminal time of new year with the burning of last year's objects… to smiling at the rebirth of the sun and nature in spring festivals of admiring new blossoms… to respecting the dead ancestors via giving them offerings while chasing away demons. Many of these cultural practices are seen as mundane or normal, but they each express something sublime and numinous. Japanese rituals perform a powerful role in helping people deal with nature, time, seasons, aging and death - bringing a bit of everyday magic into everyday lives.

Sean Michael Wilson is a writer living in Scotland and Japan. His books are often on themes of history, biography and social issues. He has had more than twenty books published with a variety of US, UK and Japanese publishers, including recent titles The Many Not the Few (New Internationalist, 2019) and Parecomic (Seven Stories, 2013). His 2016 book The Faceless Ghost was nominated for an Eisner Award. In 2017, his book Secrets of the Ninja won an International Manga Award.

Fumio Obata is an illustrator and animator whose style and work are influenced by both Japanese and European aesthetics. His latest graphic novel Just So Happens (Jonathan Cape, 2014) was critically acclaimed and been published in eight languages. Together, Wilson and Obata are creators of The Garden. 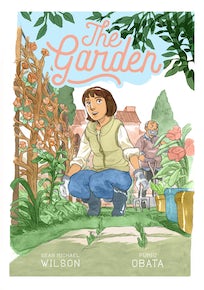