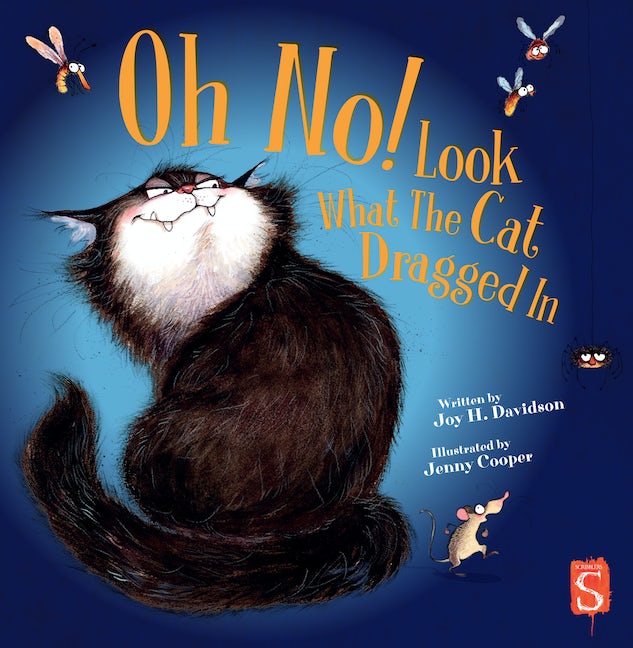 Oh No! Look What the Cat Dragged In

Oh No! Look What the Cat Dragged In

“Grandma’s acting worried, and looking very grim.
She never knows each morning, just what the cat dragged in!”

Mice and lizards and bats . . . EEEW! What will the cat drag in next? This hilarious picture book has a fun “yuck” factor that will make kids laugh again and again!

A week at Grandma’s house descends into chaos when her adventurous kitty—who sneaks out every night through a flap in the door—drags in an assortment of increasingly icky creatures. From creepy crawlies and hissing snakes to an angry, snarling weasel and a load of dirty laundry, each day’s “gifts” grow wilder and wilder . . . until Grandma comes up with an ingenious way to put a stop to her wandering feline’s nighttime fun. Children will love chanting along with the refrain “OH NO NO NO! Look what the cat dragged in” and will delight in Jenny Cooper’s gleefully gory illustrations.

“Davidson's syncopated story of feline sneakiness will delight the youngest gross-out-loving crowd. The rhymed text almost begs to be sung, and Cooper's exaggerated cartoon illustrations are expressive, silly, and satisfyingly ookie. . . . This week's worth of yucky, rhyming fun (and giggles) is a pleaser.” —Kirkus
- 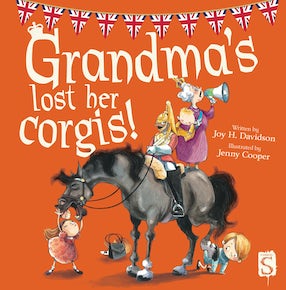 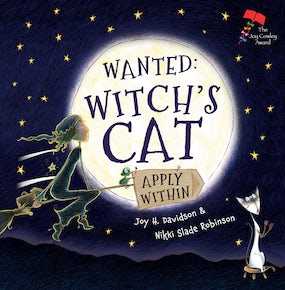