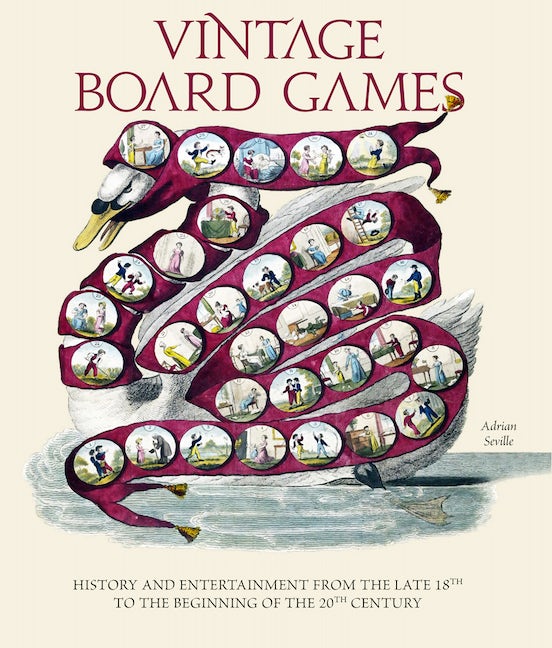 A stunning, nostalgic look at board games of the nineteenth century, and their evolution.

The printed board game reached new heights of beauty and ingenuity during the nineteenth century. During this golden age, they covered almost every conceivable theme, from geography or history to proper behavior and contemporary crazes. Some relied on dice or a numbered spinning top called a teetotum, others were meant for gambling, and still more were “mind games” requiring serious thought. All these genres appear in this lavishly illustrated book, which displays elaborately designed boards, traces each game’s development through time, and examines specific cultural influences.

Adrian Seville is an international expert on the cultural history of printed board games and has lectured widely on his research, both in Europe and America. He studied at Cambridge and Edinburgh universities before joining the staff of City University, London, where he was Academic Registrar. His New York exhibition of board games at the Grolier Club in 2016 was described by the Wall Street Journal as “a mind-opening cultural event.”