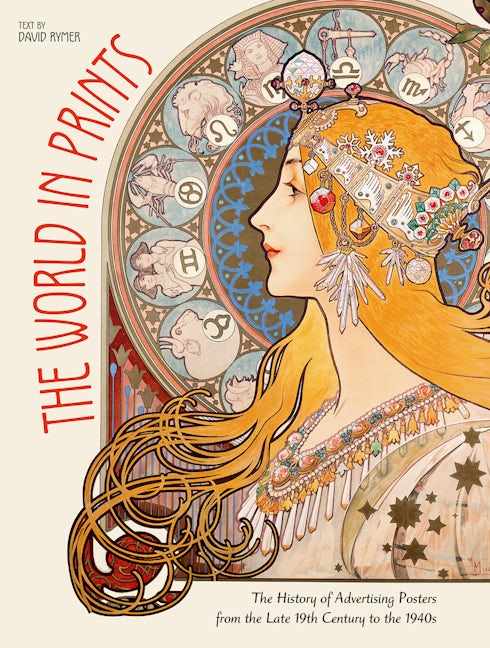 The World in Prints

The World in Prints

This oversize book contains some of the most beautiful and iconic posters from La Belle Époque, to the golden age of the 1920s, through to the Cubist and Expressionist-infused 1930s and ‘40s.

Thanks to the invention of lithography, from 1880 on, the poster became a dominant form of advertising in Europe, Great Britain, and the United States. Although originally meant to be ephemeral, because of their timeless beauty, these works have now become iconic. Here are the most beautiful and eye-catching of those vintage posters, including Toulouse-Lautrec’s and Alphonse Mucha’s exquisitely embellished paintings of pretty girls; daring and elaborate images with commercial and promotional messaging that arose at the start of the twentieth century; early avant-garde designs that reflected an unsettled world in the 1920s and ‘30s—including ads for cinemas and sporting events; the streamlined, more graphic designs that emerged after WWI; and the phenomenally creative surrealist, airbrushed, and Swiss images created during a period of social upheaval and geared to a more sophisticated public.

David Rymer holds a Masters of Fine Art in Design from the University of New South Wales, Australia. He has written about artists of the Belle Époque and staged exhibitions in Dubai and Abu Dhabi on behalf of the UAE Department of Art & Culture, Mubadala, and the Department of Executive Affairs. He has created corporate identity, packaging, exhibit, and print design for clients and reviewed exhibitions at Art Dubai and Art Abu Dhabi.