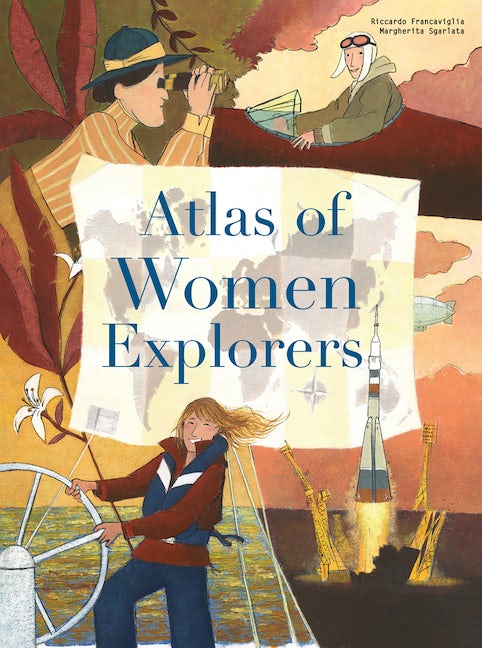 The Atlas of Women Explorers

The Atlas of Women Explorers

Follow the fascinating voyages of 18 courageous women who defied convention to follow their dreams and explore the world.

From Amelia Earhart to Isabelle Bird, Freya Stark to Laura Dekker, these 18 women broke the rules, took the road less traveled, and went that extra mile to win their own freedom. This beautifully illustrated and information-packed atlas tells their stories, following them across the globe on bike or sailboat, planes and trains, as they pass through Australian deserts, Asian tundra, to the mountaintops, and even into space. Among the daring, audacious voyagers:

Riccardo Francaviglia and Margherita Sgarlata, a husband-and-wife team, live in the province of Catania in Sicily, Italy. Riccardo writes and illustrates stories, and Margherita adds the color. They have written and illustrated more than 30 books, including children’s books and manuals, many of which have been published in Switzerland, Germany, England, Canada, Korea, and Portugal. Riccardo teaches illustration at the Academy of Fine Arts in Catania.